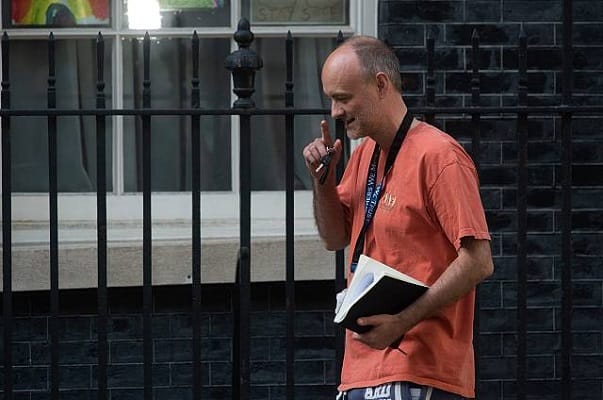 written by Mark Fitt Political Journalist 28th May 20 9:32 am

Jonathan Ashworth appeared on Good Morning Britain on Thursday morning and hit out at Dominic Cummings whilst being interviewed by Ben Shephard and Ranvir Singh.

The Labour MP blasted Cummings over his statement he gave at the Rose Garden at Downing Street and said there are more “holes in this story than a block of Swiss cheese.”

Ashworth hit out at Matt Hancock the Health Secretary and accused him of sticking up for Cummings and said, this “is so dangerously irresponsible, because lots of people who have been asked to stay at home for two weeks – but they’re not ill, they’ve got no symptoms.”

He added, “They’ll be thinking to themselves ‘Why is it one rule for this man who is Boris Johnson’s right-hand man and another rule for the rest of us’.

“Because it’s in our interests to all cooperate with this because it’s the way in which we can safely ease out of lockdown.

“We’re all astonished really, the guy hasn’t resigned, we’ve got Tory MP after Tory MP calling for him [to resign] – we’ve even got a minister Penny Mordaunt – she’s actually involved in developing the government’s Covid response – who’s said there’s inconsistencies in what Dominic Cummings has said.”

Singh interrupted: “It’s interesting though because Labour is asking for there to be an inquiry.

“I wonder whether lots of people, despite how they feel about the story itself, might agree with Boris Johnson yesterday when he said a public inquiry or any inquiry is a terrible waste of resources and time, what’s happened has happened essentially whether you agree with it or not.

“And actually, the public don’t want civiil servants and others being dragged into this inquiry. Surely you agree with him don’t you on that – that a public inquiry is not what the country needs right now?”

Ashworth argued, “The civil servants in Downing Street could quickly look into this and ask Dominic Cummings for the evidence.

“Dominic Cummings said if you looked at the settings locations on his phone, it would show he didn’t travel up and down.

“Do you buy this line ‘I drove 30 miles and I wanted to test my eyes!’ If you’re worried about your eyesight the last thing you do is get in the car and drive up the road.

“There seems to be more holes in this story than a block of Swiss cheese!”

On Wednesday, the Prime Minister Boris Johnson was questioned by the Commons Liaisons Committee, he said, “Quite frankly I’m not certain – right now – that an inquiry into that matter is a very good use of official time.

“We are working flat out on coronavirus.”