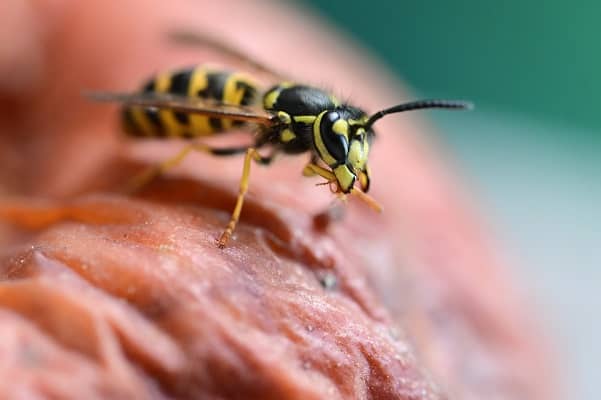 France has declared 2022 ‘l’année de la guêpe’ (‘The Year of the Wasp’). An unusually warm winter and spring means French pest controllers are dealing with a 140% increase in wasp nests.

Now, a leading UK testing expert says Brits will learn this month if we are facing our own Year of the Wasp, as worker wasps stop feeding their colonies’ larvae and swarm to find a new sugar fix among our picnics and drinks.

An increase in wasp numbers is potentially serious news. As more wasps come into contact with us, more people will be stung. In turn, this increases the chances of some of them suffering severe allergic reactions or even anaphylactic shock.

The leading Covid-19 testing expert, Dr Quinton Fivelman PhD, Chief Scientific Officer at London Medical Laboratory, says: ‘France is Britain’s nearest Continental neighbour and both countries have enjoyed record temperatures at New Year and the fifth mildest spring on record. That means more queen wasps survived the winter and conditions will have been perfect for establishing their nests this spring.

‘For most of us, a wasp sting is painful but not fatal. However, an increasing number of UK adults, around 21.3 million, now suffer from at least one allergy. That could mean they develop a severe allergic reaction to wasp venom, termed “anaphylactic shock”. This is a serious, potentially fatal, medical condition that can be discovered through allergy testing.

‘Worker wasps spend the early summer hunting insects to feed their growing colonies’ larvae. In return for this, the larvae give them a carbohydrate-rich sugary secretion. But by August most of the larvae have pupated, and the worker wasps have to get their sugar fix elsewhere. That’s when they become a problem as they swarm to our jam sandwiches and beers.

‘Just because a person has been stung once without significant reaction does not mean they will be alright the next time. As with most allergies, the first exposure sensitises our body to a particular allergen, so that the second time we are stung the reaction could be far worse. In fact, people who have a severe allergic reaction to a wasp or bee sting have a 25% to 65% chance of anaphylaxis the next time they are stung.

‘The best way to avoid this is to reduce your chances of being stung:

‘If you are stung, don’t panic. You may want to cleanse the area with soap and water to avoid infection. To reduce the swelling, you can take an anti-inflammatory medicine like ibuprofen. If the sting is itching painfully, apply an antihistamine, corticosteroid or calamine cream on the site of the sting. If you prefer home remedies, try lemons. Unlike bee stings, which are acidic, wasp stings are alkaline. So don’t use baking soda, that’s for bee venom. Instead, use lemon or fresh lemon juice. Cut a lemon in half and press its flesh down on the sting.

‘There are several signs to look out for that can warn us if a sting is producing a more severe problem such as anaphylactic shock:

‘Fortunately, there is an effective way people can learn in advance if they are likely to develop a severe reaction to a sting. A simple finger-prick allergy test is the fastest, safest and most convenient way to establish if someone may be allergic to stings from bees and wasps, as well as nearly 300 other potentially severe allergies, including dairy, seafood, sunflower seeds and nuts, as well as pet hair, house dust mites and even latex.

‘The test grades people’s reaction to many common and less familiar potential allergens from 0 to 4. A level 4 result indicates high sensitisation has taken place, which could mean a reaction such as an asthma attack or anaphylactic shock may occur if they are exposed to the substance again.

‘People who discover that they are at risk of a severe reaction will need to inform their doctor. They will probably be prescribed a potentially life-saving, pre-loaded adrenaline injection device such as an EpiPen.

‘For anyone concerned about their future reaction to a sting, certain foods or other allergens, London Medical Laboratory’s Allergy Complete blood test is highly accurate, quick and simple to carry out, either at home through the post, or at one of the many drop-in clinics that offer this test via phlebotomy across London and nationwide in over 50 selected pharmacies and health stores.’