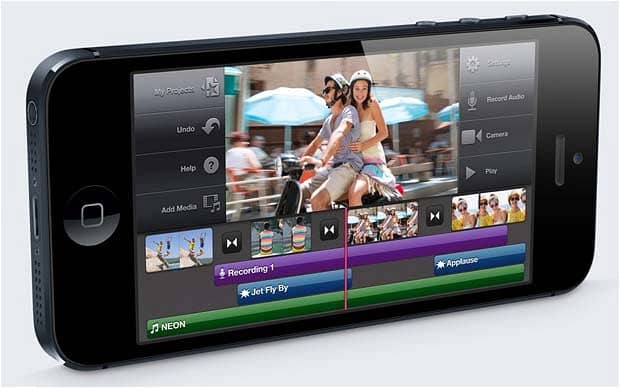 THE VERDICT: What's being said about Apple's iPhone 5

Well, the big reveal has happened, some of the rumours were true, others not. Here’s what the critics had to say

Tech website Macworld: “Only feature is the new screen”

“If you have an iPhone 4S the only real feature is the new screen, as most of iOS 6 will be available to you, and having to purchase new cables to go with the smaller dock will be a pain. If you have an iPhone 4 or older, however, then the new iPhone 5 offers a number of new features that you’ll love. It’s an incremental update, but looks like a great one nonetheless.”

“A better camera, more uses for the voice activation feature Siri, and its own mapping system with turn-by-turn navigation all add up to an impressive device.

But Android users, and in particular fans of Samsung’s best-selling Galaxy S3 will say Apple is just playing catch-up. Features like the ability to shoot a panorama have been on their phones for years.

That won’t stop the new phone being a big hit – with millions of existing users now likely to be nearing the end of their contracts.”

Jan Dawson, chief telecoms analyst at Ovum: Apple will sell over 100 million iPhone 5 devices in total over the next year.”

“The addition of LTE, the improvements in battery life, performance and the camera and so on will help the device appeal to existing iPhone users, and either close the gap or broaden its lead against competing devices. It seems likely that Apple will nevertheless sell tens of millions of iPhone 5 devices in the next few months and well over 100 million in total over the next year.”

Patrick Goss, Techradar.com: “iPhone 5 and its older brothers will benefit from Facebook overhaul”

“Given the obsession with Facebook, the need for better integration was a key addition for Apple in its latest OS, and the iPhone 5 and its older brothers will benefit from a major overhaul of the way in which the social network links up with your handset.

Dan Cooper, Edgadget.com: “I was hoping for a revolutionary leap that was a little more future-proof”

I let my Vodafone contract lapse two months ago ready for this handset, but I’d be lying if I didn’t admit to having a sneaky eye on the Lumia 920 instead. It’s not that I’m underwhelmed by the hardware, but after being locked out of Siri 12 months ago, I was hoping for a revolutionary leap that was a little more future-proof. When I give in and wind up buying this, I’ll be spending a fraught few months hoping they don’t build anything too magical into iOS 7 since I’m reasonably sure my bank balance can’t take it.

The iPhone 5 is the greatest phone in the world. It has top-notch hardware with a zippy new A6 processor and amazing four-inch display. Its new operating system, iOS 6, is slicker than slugs on ice. And its ultra-slim body, an all-glass and aluminum enclosure, is a triumph of industrial design. There is nothing not to like about the phone. It’s aces. Just aces.

And yet it is also so, so cruelly boring.

The hallowed arrival is nigh! iPhone 5 rumours revealed