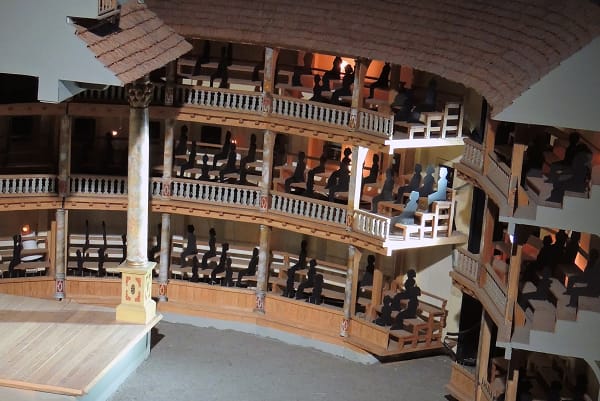 There is always something for everyone to come and see in the West End and half the battle is just being able to pick out the right show for you. The Official London Theatre Sale opens on the 6th of December, and with so many amazing shows to choose between, from modern musicals to classic thrillers, we’ve picked out our five favourite shows to help you along with your decision!

& Juliet provides audiences with a modern twist on a Shakespearean classic, a “what if” scenario where Juliet does not die at the end This multiple Olivier Award-winning musical takes you on a rollercoaster and has you tearing up from laughter with its fun take on this timeless love story. With contemporary anthems mixed throughout by pop songwriter Max Martin, you’ll be naming the tunes from start to finish, including …Baby One More Time, Since U Been Gone, Roar, and many more!

A mainstay on the West End, Les Misérables is one of the world’s most popular musicals, seen by over 130 million people worldwide in 53 countries and in 22 languages. When seeing this show live, you can immediately understand why. Thrust into the political struggles of 19th Century France, with a classic score to boot, you will find yourself utterly moved throughout.

The Book Of Mormon

Another musical on this list, but it’s unlike any other. The Book Of Mormon offers a satirical take on a missionary journey from Salt Lake City all the way to Uganda. On this journey, you will be accompanied by a number of catchy hits as the show takes comedic shots at everything from organised religion to consumerism, the state of the economy and the musical theatre genre itself. This is most definitely a musical with a twist which is perfect for South Park fans as it’s written by the animated sitcom’s creators Trey Parker and Matt Stone.

To Kill A Mockingbird

This stage adaptation of the classic Harper Lee Novel is proof of how well novels can be adapted for the West End stage. Set in 1930’s Alabama, this timeless story is still as relevant now as it was when it was written almost sixty years ago. The clever set design has you switching from Atticus Finch’s front porch to the tense courtroom, whilst you hang on to each and every word.

One that is not to be missed for the whole family, Matilda is the brilliant adaptation of the classic Roald Dahl novel. This musical includes all of the classic characters, including the terrifying Miss Trunchbull. Having hit the ground running when it first appeared on London’s West End back in 2013, Matilda is a riot from start to finish for little kids and big kids alike. With Tim Minchin bringing this classic tale to life on the stage in 2013, he has also scored the new Matilda the Musical film, another example of the popularity of this stage adaptation which is not to be missed.

All five of these shows are included in The Official London Theatre Sale, which officially goes on sale on the 6th December. The Book Of Mormon is included in this Sale for the very first time, so now would be a better time than ever to visit the West End! You can grab great discounts to these shows and so many more, with tickets reduced to just £10, £20, £30, £40 or £50! Start off 2023 right, and enjoy the magic of theatre this New Year.