Home Business News The government is treating Parliament with ‘contempt’ 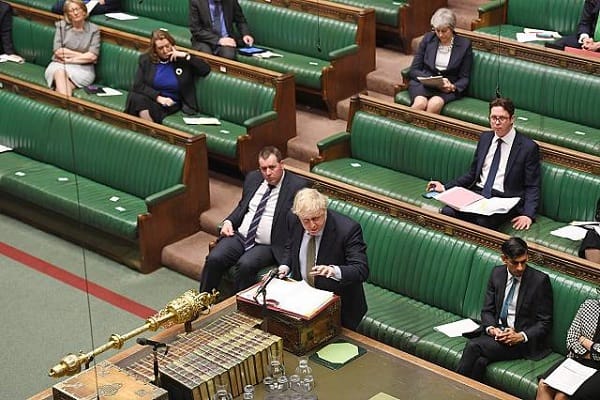 The government is treating Parliament with ‘contempt’

The Speaker of the House of Commons said on Wednesday during Prime Minister Questions that the government is treating Parliament with “contempt” by pushing through new powers to tackle the virus without any debate.

Sir Lindsay Hoyle told MPs that he cannot allow them a vote on getting a larger say over renewing emergency powers later.

Sir Lindsay warned the government to allow MPs an opportunity to debate future policy changes, and said it was a decision that he had not “taken lightly.”

Senior Tory MP Sir Graham Brady is calling for future regulations affecting the whole of England to only be introduced if Parliament has the opportunity to debate and vote on them in advance, which has the backing of many MPs.

The Speaker of the House said he is unable to select any amendments ahead of a vote on the renewal of the powers to avoid “undermining the rule of law.”

He said, “The way in which the government has exercised its powers to make secondary legislation during this crisis has been totally unsatisfactory.

“All too often important statutory instruments have been published a matter of hours before they come into force and some explanations as to why important measures have come into effect before they can be laid before this House has been unconvincing and shows a total disregard for the House.”

He added that he was “now looking to the government to rebuild trust with the House” and “not treat it with the contempt it has shown.”

Sir Graham Brady, who is the chairman of the very influential 1922 Committee of Tory MPs, said he remains hopeful that the government will make concessions.

Sir Graham said in a statement, “The Speaker set out his reasons for not selecting any amendments but he also made it clear that he expects the government to ensure proper and timely parliamentary scrutiny.

“I am hopeful that the government will respond appropriately this afternoon.”