Home Insights & Advice The future is female: How to get girls enthusiastic about tech careers 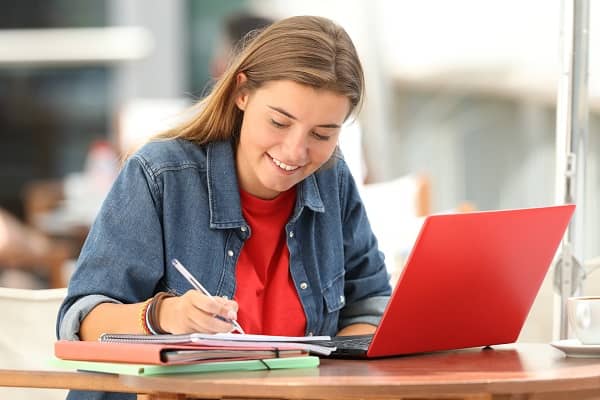 The future is female: How to get girls enthusiastic about tech careers

In 2021, a report published by the British Science Association highlighted a significant gender inequality in science, technology, engineering, and maths (STEM). The UK’s overall workforce comprises 52% women and 48% men. In STEM, though, the picture is radically different; just 27% of jobs filled by females. Tech is a sector that offers so much creativity and flexibility, so why is there such an imbalance? And what can be done to get girls interested in a tech career?

Why does tech suffer from under-representation?

The short answer is that, quite simply, too few girls coming through the education system view tech as their preferred choice of career. Now, there are certainly underlying reasons for this. To put that in context, however, in 2019 were female. Even at this starting point, the imbalance is already well-established.

But what about the underlying reasons? First, there’s still the lingering idea that tech is a male-dominated world. Both its ‘geeky’ image and the traditional reinforcement that STEM is seen as ‘male’ have fuelled to this. It also adds to the idea that, for females, there will be a glass ceiling that stops them from progressing with a career in tech.

This creates a knock-on effect too. It means there are relatively few high-profile role models in the sector to aspire to. This can be discouraging for anyone looking in from the outside. As can ideas around benefits and flexibility. The gender pay gap is a key issue – but so too are factors such as caring or family responsibilities, which Covid-19 has done little to ease concerns over.

How to encourage females to pursue a tech career

Such is the broad scope of tech, it’s really important to make females aware of what’s possible. One clear starting point is to promote STEM subjects as fun, enjoyable, valuable, and universal at school. The opportunity to get hands on with a STEM invention kit can spark real inspiration, and set a young person on the path to a career in tech – no matter their gender.

The government is committing funding to a number of different schemes to improve the STEM career pathway for women. There are also other initiatives that are now operating to both help improve learning opportunities and provide support to young women entering the industry. By doing this, it’s hoped it’ll create a new cohort of role models to inspire the next generation.

There are still some fundamental points to be addressed too, however. This includes increasing the use of gender neutral language in job specs and closing any lingering pay gap. And greater efforts should be taken to ensure that advertised benefits are actually seen as that. Progress is being made – but tech’s current gender inequity needs a multi-pronged approach to address.