Home Business NewsBusiness Tesco CEO Dave Lewis just bought shares worth £200,000 – how many millions has he made in the last year? 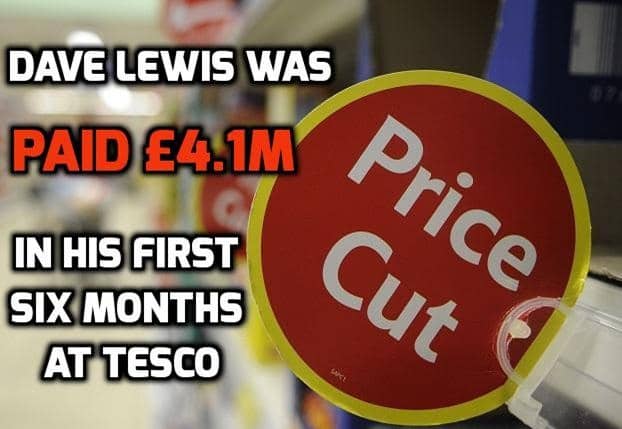 Lewis must own four times his base salary of £1.25m in shares

Tesco boss Dave Lewis has bought £200,000 of shares in the supermarket, more than a year after becoming CEO of the beleaguered supermarket chain.

According to Tesco’s official policy, Lewis must own four times his base salary in shares.

Lewis was one of Tesco’s top executives who together spent £450,000 of shares in the retailer.

Take a look at who bought what:

Lewis bought shares only a day after he said the Tesco board barred him from snapping up shares as he knew confidential details of Tesco’s asset sales and the investigation into its accounting scandal.

Announcing Tesco’s half-year results earlier in the week, Lewis said: “We as a board took a decision that while those things were ongoing, we would exclude ourselves from being able to trade Tesco shares.

“We operate under that restriction to this day because we think that is the right corporate governance to have when you are going through this sort of turnaround and have these sorts of issues.”

How many millions has Tesco boss Dave Lewis made?

Which supermarket is BY FAR the most complained about?