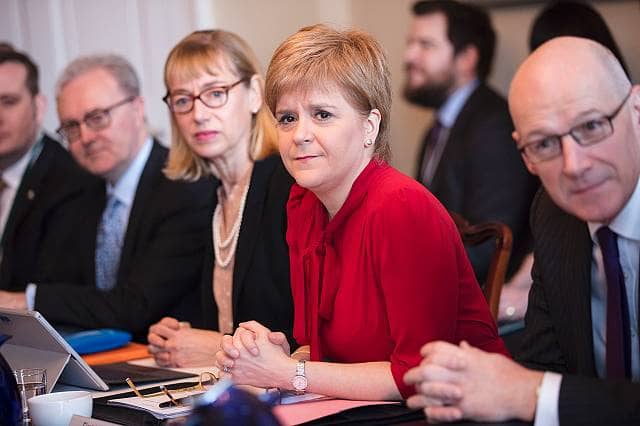 Sturgeon says PM is ‘making it up as he goes along’

Scotland’s first minister Nicola Sturgeon has insisted that Boris Johnson is “reckless” and said the prime minister is “making it as he goes a long” over his Brexit policy.

The first minister hit out at Johnson after the prime minister conceded it is now “touch and go” to reach an agreement with the EU.

Previously the prime minister said it was a “million to one chance” the UK would be forced into a no-deal.

Sturgeon slammed the prime minister and said hi is “behaving in a kind of carefree, shrug of the shoulders, reckless manner.”

Next week the Scottish parliament at Holyrood are to pass a motion that the UK “should in no circumstances leave the EU on a no-deal basis.”

Sturgeon told PA Scotland, “He’s gone in the matter of a few weeks from saying that a no-deal Brexit in his view was a million to one chance, to now saying it’s touch and go which suggest to me he’s making it up as he goes along.

“That’s not acceptable because the consequences of this are so serious for our economy, for our society, for the livelihoods and living standards of people the length and breadth of the UK that that’s just not good enough.”

Adding, “The House of Commons returns to session next week and the SNP MPs will be working hard with other parties to find whatever way we can of stopping no deal in its tracks because that would be catastrophic.

“Scotland didn’t vote for Brexit in any form, but a no-deal Brexit would be particularly damaging, and we’ll do everything we can to stop it.”

The Liberal Democrat MSPs and Scottish Greens have muted they will support the motion, saying, the Scottish Parliament agrees that the UK should in no circumstances leave the EU on a no-deal basis.”