Home Business Insights & Advice Space entrepreneurs of the world: Where does the funding stem from? 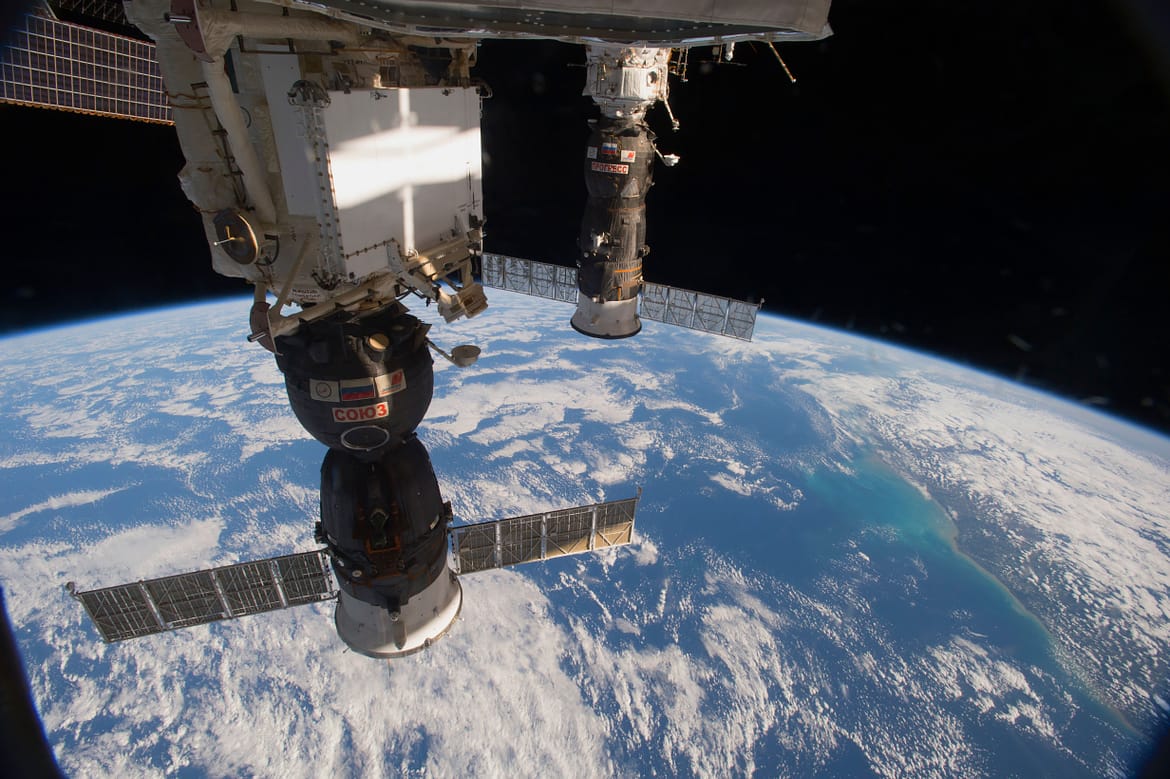 Space entrepreneurs of the world: Where does the funding stem from?

We live in the era of tech billionaires who run the world, set trends, and even launch rockets into space. Once, space was a prerogative of the superpowers, such as the USA and the Soviet Union. Today, the rules have changed a bit. Ordinary people without affluent families and legacy caught their wave and, suddenly, succeeded. We all know their names, follow them on Twitter, and want to know what they will do next. This way or another, the roads of Jeff Bezos, Elon Musk, Max Polyakov, Richard Branson and some others led them to space.

So, let’s figure out how they got so far and where the money comes from.

Jeff Bezos’ success story starts in a typical “Silicon Valley” way. Being a smart kid at school, Bezos went to university and studied engineering. He always loved science. Then we worked for top US companies, including IBM, Andersen Consulting and Bankers Trust. There he learned about technology, banking and investment.

In 1993 on the wave of the dotcom boom, he decided to start an online website selling books from his garage. Should we say there were not many people at that time who believed it was a good idea to quit a well-paid job and sell books online? Two years later, in 1995, Amazon sold its first book, and the company earned $15.7 million in sales the next year. In 2017, Bezos took the business public with an IPO raising $54 million.

Even today, despite Bezos owning The Washington Post, most of his wealth comes from his Amazon shares. Recently, Bezos stepped down from his role as CEO, but he still owns 11% of Amazon. Does it sound unimpressive? Well, this allowed Bezos to occupy Forbes’ list of the richest people from 2017 to 2021. As of today, Bezos’ net worth is $137.8 billion.

The entrepreneur invests $1 billion annually in Blue Origin, his space exploration company. To demonstrate its success, Bezos and three more passengers boarded the New Shepard spaceship on July 20, 2021, and they successfully completed their first crewed trip.

Elon Musk is perhaps the most hyped billionaire with a reputation as a guy who isn’t afraid of risk.

The opportunities offered by the online world attracted Musk, and in 1995, he, his brother, and another partner created a Global Link Information company, which was later renamed Zip2. The website was some kind of digital version of yellow pages – a searchable business directory with maps and phone numbers of the local businesses. In 1999, Elon Musk made his first huge deal when PC-maker Compaq Computer bought Zip2 for $307 million. Twenty-seven years old, he became a millionaire after receiving $22 million for his 7% share of the company.

Then he decided to invest nearly half of the sum in a new company focused on online financial services. After a merger with another company, it transformed into PayPal. Musk was kicked off his CEO chair but received significant compensation – since he owned shares of the company, he received $180 million.

In 2002 he launched the private space company SpaceX after investing $100 million of his own money. And is there anyone worldwide who hasn’t heard about the rocket company?

Paul Allen is best known as the cofounder of Microsoft Corporation and a school friend of Bill  Gates.

After dropping university, Allen and Gates began working on the software for the first microcomputers by adapting BASIC, which was only used on large computers. It was a success, and after securing their first contract with the MITS company, they soon established their own firm – Micro-Soft. By the way,  it was Allen who coined the name “Microsoft.”

Years after being diagnosed with Hodgkin’s disease, Paul Allen resigned from the company in 1983. Still, he continued to serve on the board of directors. This allowed Allen to buy a basketball team, donate to charity and start his own venture company to research potential investments.

In 2000 Allen resigned from Microsoft’s board of directors and sold much of his stake in the company. This was time for another dream to come true – he invested in SpaceShipOne, the first private crewed space vehicle, which flew past the boundary of space. And in 2011, he launched Stratolaunch Systems Corp – the aerospace company developing a fleet of launch vehicles, including the world’s largest aeroplane by wingspan, to send satellites and, eventually, humans into space.

With an estimated net worth of $20.3 billion at the time of his passing, Forbes listed Allen as the 44th-richest person in the world in 2018.

Robert Bigelow is, perhaps, not the most popular entrepreneur on our list. Still, he’s worth the attention. Bigelow created hotels, motels, and apartments to scale his real estate business from the late 1960s until the 1990s. He started his real estate empire immediately after leaving school, and as a result, Bigelow built approximately 15,000 units and purchased another 8,000, sounds impressive, right?

However, real estate is not Bigelow’s only passion; he is also a space fan. Moreover, Robert Bigelow believes that aliens are “right under people’s noses”. He even founded the National Institute for Discovery Science, which aims to research paranormal phenomena.

Bigelow once shared that he went into the real estate business to earn some funds to invest in space exploration and development. So, when Bigelow announced his plans to build an inflatable “space hotel” in orbit, it was a natural extension of his legacy.

Another prominent entrepreneur and space enthusiast, Max Polyakov, comes from Ukraine. Polyakov’s family wasn’t rich, but both of his parents were engaged in the space industry back in the Soviet Union. That’s where his passion for space exploration comes from.

Being talented in math and science, he entered a medical university but soon changed his direction. Being a student, he launched his first tech company, which provided outsourced software services. After his initial firm was a success, he scaled up his software, internet gaming, dating and marketing business.

In 2005, he co-founded the IDE Group, which included the companies Cupid, Murka, HitDynamics and Maxymiser. A few months later, American Hitwise bought HitDynamics for $6 million. Maxymiser raised $26 million in venture capital investments and was sold to Oracle Corporation in 2015. Cupid has developed into a market leader and significant player in the online dating sector. In 2010, Max Polyakov supervised the IPO launch of Cupid PLC and became the first Ukrainian entrepreneur to have a tech company listed on the London Stock Exchange. The company generated $83 million in revenue in 2011.

Following the success of his numerous tech companies, Max turned his attention to space. In 2014, Polyakov became a general partner at Noosphere Ventures Partners. The company mainly focused on the digital economy and engineering.

The Noosphere Ventures Partners founded EOSDA (Earth Observing Systems Data Analytics). In 2017, he invested over $200 million of his fortune in Firefly Aerospace, the US rocket company. In 2021, it conducted the first launch attempt, which ended with an anomaly. The second attempt in October 2022 ended with a successful launch, and the Alpha rocket reached orbit. And even though Max Polyakov has already sold the company by the time of a successful launch, his contribution should not be underestimated.

Sir Richard Branson is one of the most outstanding entrepreneurs nowadays. He started his career at 16 with Student magazine, which interviewed celebrities and sold almost $8,000 worth of advertising for the first issue. Following his early success, Branson dropped out of school to fully integrate into his career.

In 1969, he started a mail-order record business that used the magazine office as an operating base. The company was named Virgin. Then he decided to go even further and invested the profit in establishing the music label Virgin Records in 1972, which then brought his first million dollars. Years after, Virgin Records became one of the top six record companies in the world, recording The Rolling Stones and Ozzy Osbourne, among others.

Branson was opening more and more companies, including Virgin Books and Virgin Video. Within two years, more than 50 different businesses with total annual revenues of more than $17 million were a part of Branson’s empire.

That was when Branson decided to try something new and launched Virgin Atlantic – a British luxury airline famous for the highest level of on-board service.

In 2004, Branson decided to go beyond the cosmos line and, with Burt Rutan, an American aeronautical engineer, established Virgin Galactic. Now Sir Richard Branson wants to provide first-class travel to space, but his vision of cheap space tourism is still far from reality.

The space industry has transformed from a state-led area into a business-led one. But space exploration remains reasonably expensive, with only a limited number of entrepreneurs ready to go all-in and fulfil their space dreams. But whether it’s Jeff Bezos, Elon Musk, Max Polyakov or Paul Allen, we’re grateful for their aspirations, science development effort, and opening new horizons for humanity.