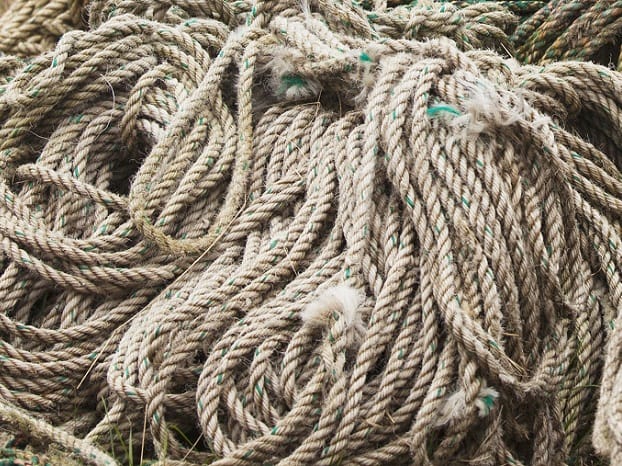 Our editor analyses the £250m “mistake”

The scale of the accounting mistake that Tesco announced yesterday shouldn’t be underestimated.

To overstate its half-year profits by £250m is a colossal balls-up. That £250m is almost a quarter of the £1.1bn Tesco had originally said it was expecting.

By this morning, it had lost £2bn in value, and CEO Dave Lewis had to grovel with M&S to let incoming CFO Alan Stewart join two months earlier than he was supposed to.

(It speaks highly of M&S CEO Marc Bolland that he said yes, though I can’t imagine Stewart is looking forward to his first day much.)

In yet another bombshell, it’s just emerged that the outgoing finance chief Laurie McIlwee allegedly hasn’t undertaken any formal duties at Tesco since his resignation was announced in April, despite the fact he was believed to be working his notice period.

You can’t help but pity Lewis, who’s been in the role a mere three weeks since having to join Tesco a month early from Unilever (because Tesco’s falling share price needed fast action).

Tesco is in an unbelievable mess.

So what went wrong?

Well, let’s look at the most glaring mistake first of all: that £250m of profit that mysteriously wasn’t, er, actually, y’know, really there after all.

But it’s thought that Tesco had accounted for payments from suppliers that hadn’t yet materialised.

Here’s where the slight complexity comes in. Ordinarily, of course, retailers pay their suppliers for goods.

But because Tesco is so gargantuan, suppliers will often pay Tesco to gain prominence in its stores and to be granted additional shelf space. This is common practice at big supermarkets (and other major retailers – why do you think big bookstores promote certain books over others?).

It’s alleged that Tesco had accounted for the profits of these payments ahead of time.

It is also being suggested that Tesco could have delayed payments that should have gone out, and that it under-reported the costs of the goods it was buying.

(Tesco described the £250m mistake as being due to “the accelerated recognition of commercial income and delayed accrual of costs” in its statement yesterday.)

Now imagine all of these “mistakes” on a massive scale.

It’s hard to believe that a business as mature and massive as Tesco could have accidentally accounted for so much payment early, and accidentally delayed and under-estimated so many payments, that those accidental errors would cumulatively tot up to a quarter of a billion quid.

And this is why the industry is so shocked, and why investors are so rapidly losing faith in Tesco, which has seen its share price plummet by 11% since yesterday.

The growing malaise that led to this week’s bombshells

Upon announcing the news of the £250m profit overstatement, Tesco CEO Lewis said: “The board, my colleagues, our customers and I expect Tesco to operate with integrity and transparency and we will take decisive action as the results of the investigation become clear.”

That “integrity and transparency” remark is a real teller.

There have been no formal announcements yet about what happened, but the suspension of executives and the news that Tesco’s CFO allegedly hadn’t been to HQ since April aren’t looking too promising.

Because Lewis has only been in the CEO role three weeks, and these accounts refer to the year to 23 August 2014, we obviously can’t pin any of the blame at his door.

He’s walked into an absolute nightmare, by all accounts. (Although if manages to turn things around from here, he’ll be one of the most desirable CEOs around.)

So let’s think about Tesco’s former management team, a fair few of whom, as we know, have been suspended or ousted in recent times.

If accounts were doddled, then why?

It’s no revelation that Tesco has been on the wane in the last couple of years.

This image from Tesco plc’s website (my additions in red) shows how dramatically its share price has slid since it had to issue its first profit warning in two decades, in January 2012.

It has issued four more profit warnings since then.

The failings of the aggressive expansion strategy pursued by former CEO Philip Clarke, who left in July this year, have been well documented.

Particularly notable was the pull-out from the US after Tesco’s Fresh & Easy floundered.

Opening too many UK stores, too quickly, also hurt the chain.

Customers were wooed away by Aldi and Lidl at the low-price end, and by supermarkets that didn’t let their stores become quite so soulless and community-spirit-sapping at the higher end of the market.

We won’t begin to know what really happened in the executive offices of Tesco to try to counter all this until Tesco’s investigation is complete – and even then, it’s unlikely we’ll get a full picture.

But the speculation around the £250m profit overstatement is likely to continue for much longer than that investigation takes and to hurt Tesco’s reputation significantly.

In some ways, it’s a blessing that the company has a fresh CEO and CFO – whose hands cannot be dirtied by any of the allegations around its first-half profit – to now face the public over what happened.

But Lewis and Stewart have one heck of a job ahead of them to turn this mess around.