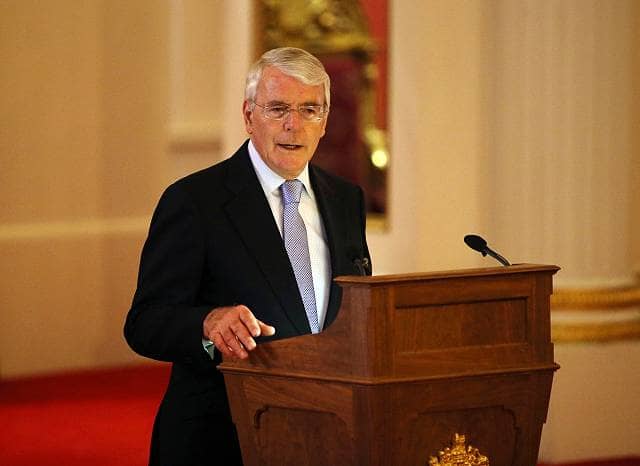 The former Prime Minister, Sir John Major has attacked conservative Parties “ultra-Brexiteers,” in a plea for Theresa May to disown them.

He said wining the referendum last year with “fake facts and bogus promises.” Sir
John went on to say, the “ultras” are now shouting down opposing views to silence those who oppose in a way that is “unattractive but profoundly undemocratic and totally un-British.”

Sir John who campaigned to remain warned if Britain fails to strike a deal with remaining EU member states and if we were forced to World Trade Organisation rules it will be “disadvantageous in every way.”

Sir John wrote in the Mail on Sunday, saying: “It is time for the minority of ‘Ultra-Brexiteers” those who believe in a complete break from Europe to stop shouting down anyone with an opposing view. It is not only unattractive but profoundly undemocratic and totally un-British.”

“Instead, they launch vitriolic and personal attacks on the Governor of the Bank of England, judges, civil servants, foreign politicians and other public figures. In doing so, they demean both themselves and their cause.

“If the rancour merely came from rabble elements, or extreme minorities, it could be ignored. But when it comes from politicians, including those from within the governing party, it is time to confront it.”

He added: “It is worth reflecting that those who make such reassuring noises include the very same people who urged the UK to vote Leave on the basis that ‘we will be able to give an extra £350 million a week to the NHS’; that ‘nobody is talking about threatening our place in the single market’; and that ‘there is no prospect of a second Scottish referendum’,” he wrote.

“We already know that all three of the above, and much else were fake facts and bogus promises.”