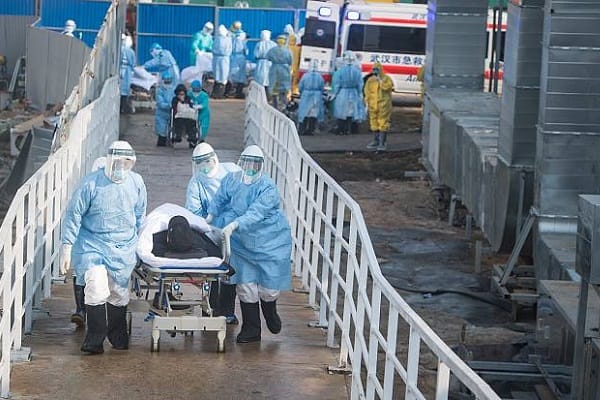 Scientists claim one in every 37 Brits already has coronavirus

According to scientists the UK could already have 1.8m people who are already infected with coronavirus, with one in every 37 who already have the virus.

Government advisor, Professor Neil Ferguson who leads researchers at Imperial College London was the foremost scientist that advised on locking down the UK.

Ferguson and fellow researchers suggest an average of 4% of people across 11 European countries, totalling around 19m have already been infected.

Professor Ferguson and his colleagues wrote in their report, “The ECDC [European Centre for Disease Prevention and Control] provides information on confirmed cases and deaths attributable to COVID-19.

“However, the case data are highly unrepresentative of the incidence of infections due to underreporting as well as systematic and country-specific changes in testing.

“We, therefore, use only deaths attributable to COVID-19 in our model; we do not use the ECDC case estimates at all.”

Researchers believe that millions of people are believed to have caught coronavirus and are recovering at home across western Europe.

This means the true number of people who have the virus is far higher than the World Health Organization (WHO) figures suggest.

Writing in the paper, the scientific research team said, “We estimate that there have been many more infections than are currently reported.

“The high level of under-ascertainment of infections that we estimate here is likely due to the focus on testing in hospital settings rather than in the community.

“Despite this, only a small minority of individuals in each country have been infected…

“Our estimates imply that the populations in Europe are not close to herd immunity (50-75%).”

US scientists have made a grim discovery that coronavirus can lurk in the air for hours spreading from room to room spreading through hospital corridors infecting many, including people who are outside.

The University of Nebraska researchers said their findings highlights the importance or protective personal equipment (PPE) for hospital staff.

The study which has not been peer-reviewed by other scientists took 11 samples from patient’s hospital rooms after they were diagnosed and placed in isolation.

They found that contagious particles were in the air both inside hospital rooms and hallways, which means you do not have to be in close contact with an infected person.

The scientists from the University of Nebraska said, “This report reinforces our suspicions. It’s why we have maintained COVID patients in rooms equipped with negative airflow and will continue to make efforts to do so, even with an increase in the number of patients.

Professor Raina Macintyre, head of Biosecurity at the Australian Kirby Institute has revealed their scientific research during a Four Corner’s documentary, called “Secrets behind Coronavirus Virus.”

Professor Macintyre said last month during the documentary, “We think the virus probably originated from bats, because that’s what the genetic data tells us.