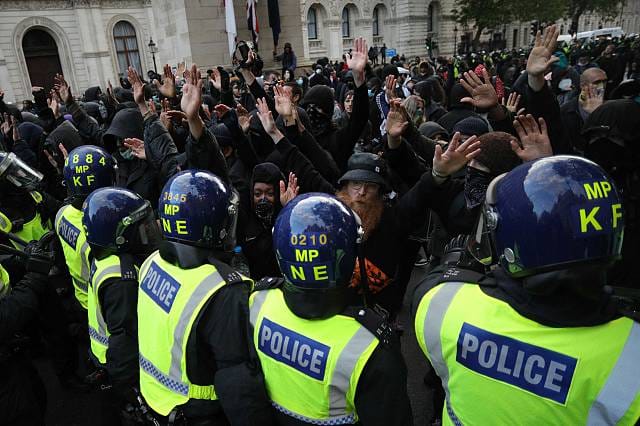 Sadiq Khan called ‘worst Mayor London has ever had’

Mayor of London Sadiq Khan was accused of trying to destroy the history of London, and was told he does not own the capital’s heritage.

A caller called Rajith furiously told TalkRadio that Khan is the “worst Mayor London has ever had.”

He told Mike Graham the radio’s host, “London is one of the oldest cities in the world and he is trying to destroy the history of London.

“This is layers and layers of history built up over centuries.

“We have still got all these wonderful historical places and sites, and this is a man who wants to trash it.

“He is the worst Mayor we have ever had.

“It is disappointing that other great candidates have pulled out.

“How long do we have to endure this, that is all I can say?”

Graham responded, “That is true, somebody pointed out to me as well that London is not just for Londoners it is the capital of Great Britain.

“It is our capital city and it is good for it to be as representative as possible, not just for those people that vote for the Mayor.

“The Mayor is simply in there for four or eight years as a custodian.

“I totally agree with you.”

This comes as Khan said on Tuesday, that statues with slavery links across the capital “should be taken down,” and a commission set up will review them.

Khan said London has “an uncomfortable truth” with historical links to slavery, and the Commission for Diversity in the Public Realm, will review all of London’s landmarks.

Black Lives Matter protests have highlighted London’s statues and others across the UK, he said, London was “one of the most diverse cities in the world.”