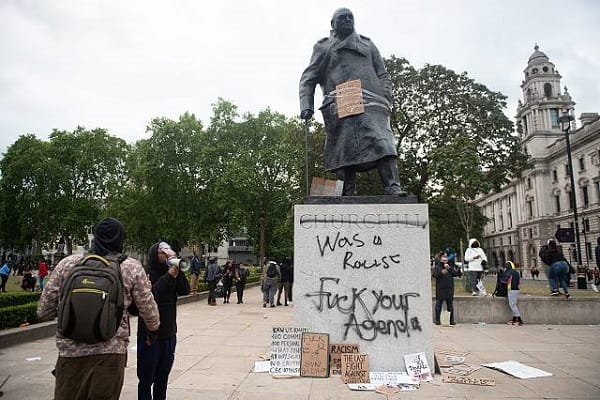 Sadiq Khan wants statues with slavery links be ‘taken down’

The Mayor of London Sadiq Khan has said statues with slavery links across the capital “should be taken down,” and a commission set up will review them.

Khan said London has “an uncomfortable truth” with historical links to slavery, and the Commission for Diversity in the Public Realm, will review all of London’s landmarks.

Black Lives Matter protests have highlighted London’s statues and others across the UK, he said, London was “one of the most diverse cities in the world.”

He added, “It is an uncomfortable truth that our nation and city owes a large part of its wealth to its role in the slave trade.

“While this is reflected in our public realm, the contribution of many of our communities to life in our capital has been wilfully ignored.”

Over the weekend protestors graffitied the statue of Sir Winston Churchill on Parliament Square, and Khan said he does not consider this statue to be included in the review.

The Mayor of London said people need to be educated over these famous figures “warts and all” and that no one was “perfect.”