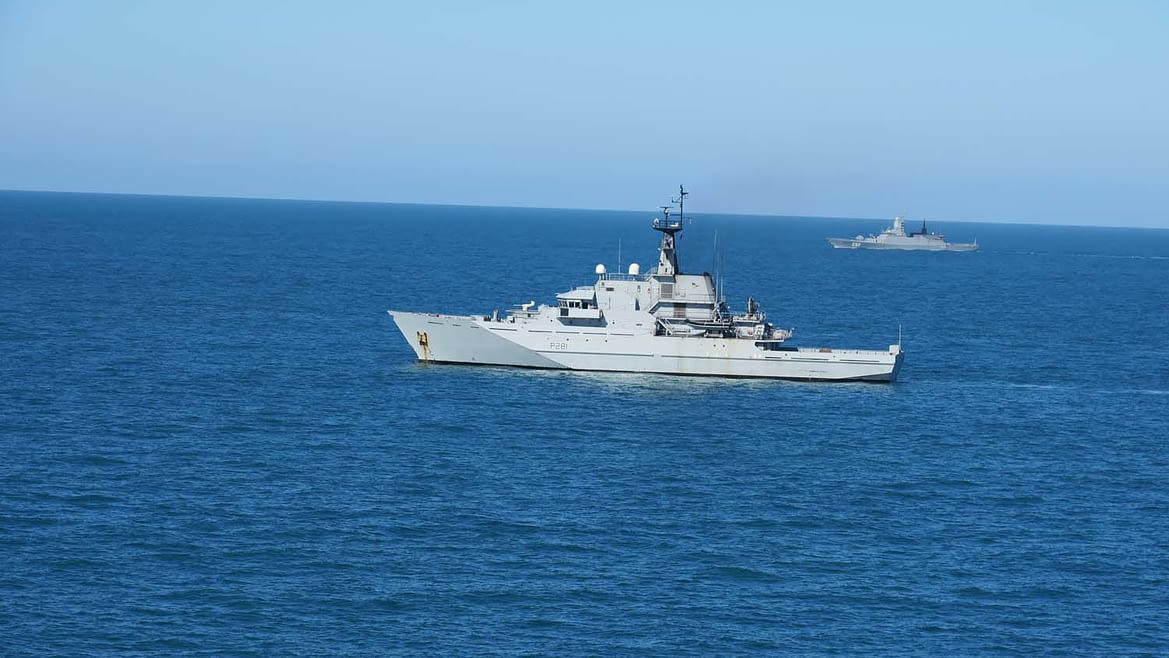 In a show of might Putin’s military have showed their strength by hunting down a theoretical “enemy submarine” in the Mediterranean Sea.

Three Russian warships were deployed to the Mediterranean Sea to seek and “destroy” a theoretical “enemy” as part of a naval drill during the coronavirus pandemic.

The aggressive Russian drill saw the crew notionally employing “torpedo weapons and rocket-propelled bombs” on their target in the Med.

The warships were armed with cruise missile which are capable to striking coastal and underwater targets up to 1,600 miles away.

A statement from the Fleet’s press office read, “The Black Sea Fleet’s surface action group comprising the frigates Admiral Grigorovich, Admiral Makarov and Admiral Essen held drills in the Mediterranean Sea to search for and destroy a notional enemy’s submarine.

“The frigates’ crews are currently accomplishing missions as part of the Navy’s permanent taskforce in the distant maritime zone.

“As a result of joint operations by the crews of the frigates and the helicopter, the chase of the submarine ended with its notional destruction.”

NATO Secretary General Jens Stoltenberg said last week, “It is very likely that Russia will try to take action while the US and Nato is distracted with Covid-19, arguably the first time we have a serious home threat that is impacting our readiness.

“In terms of overall readiness, the question is: how many soldiers can you cut from a brigade before it is inoperational?

“The other challenge is the logistics and supply of strategic medical reserves. The US’s number poised: Putin one priority is saving American lives. This means fewer personnel abroad and less resources.

“All this is ringing alarm bells in foreign capitals.”

The UK has seen a spike in “unusually high levels” of activity in the English Channel by Russian warships, and three weeks ago Russian bombers flew along UK airspace in Scotland.

Meanwhile, US military activity in the heavily contested South China Sea (SCS) has dramatically increased and the risk of a confrontation is increasing.