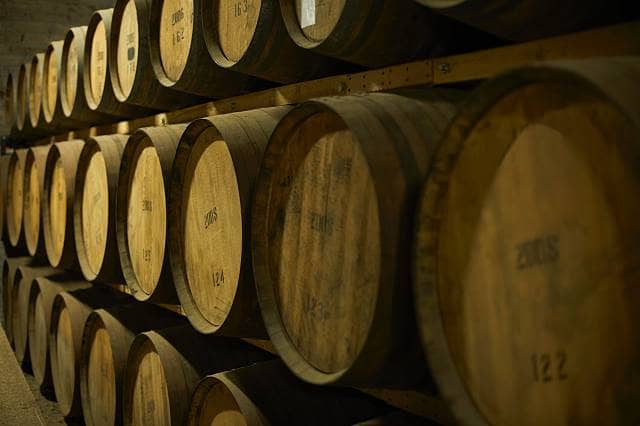 Sales data by supermarket Aldi today reveals that whisky sales have skyrocketed – thanks to the increased popularity of the drink brought about by the latest series of hit show Peaky Blinders.

Latest data from the supermarket shows 9,500 bottles of whisky are sold every day in Aldi across the UK and more than a fifth of Brits enjoy the drink regularly. The rise in popularity of whisky coincides with the return of must-watch TV show Peaky Blinders where the lead character Thomas Shelby is often seen sipping the tipple. Aldi’s research also shows that the home of the show, the Midlands, buys the most bottles of whisky compared to the rest of the UK. An astounding 2,700 bottles of whisky are sold in the Midlands daily – which equates to 114 bottles per hour.

Despite whisky hitting the top spot, the research which looked into the spirits buying habits of the nation between September 2016 to October 2017, indicates the ‘ginaissance’ is set to continue with 392 bottles of gin being sold in Aldi every hour. What’s more, despite Scotland playing host to five different whisky regions, Scots would rather pour themselves a cool glass of gin than opt for their mother tipple.

Julie Ashfield, Managing Director of Corporate Buying at Aldi, comments: “It’s great to see that whisky is on par with gin in terms of popularity for home-drinkers, with 12 per cent of our customers opting to drink whisky at home over other spirits. The popularity of our spirits this year has led us to deliver an incredible premium range for the Christmas festivities.

“We often see a spike in sales coinciding with similar products featuring in popular culture, so it’s no surprise to see more shoppers have been opting for a glass of whisky to mimic their favourite Peaky Blinders characters.”