Home Business News Retail experts warn 15,000 shops will collapse with tens of thousands of job losses as people have ‘run out of money’ 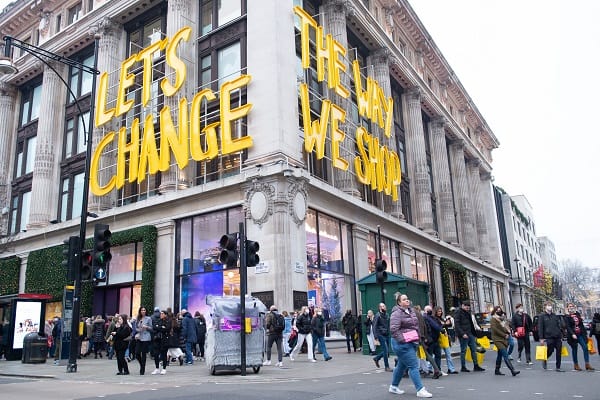 Retail experts are warning in a grim prediction that 15,000 high street stores will fold in 2023 which will lead to around 128,000 job losses.

Retailers are already having a tough time this Christmas with the cost of living and energy crisis, rising inflation and with interest rates now 3.5% millions of households are tightening their belts so they can afford their mortgage.

This year many retail giants went bust, household retailer Made.com, Sofa Workshop and then Joules went into administration which was saved by Next as they bought the chain.

Professor Joshua Bamfield of the Centre for Retail Research has warned that over the next year most retailers will not make any profit as a result of spiraling inflation, energy bills, wages, business rates plus people are saying “we’ve run out of money” and he said there will be a fall in sales of 3% in 2023.

Retail footfall is down by 19% amid the rail strikes

Christmas dinner is 20% more expensive than last year, while cooking it will cost you 96% more

Professor Bamfield said, “I just see a continuation of the process we saw in 2022 where we have fewer and fewer retail stores selling merchandise, and more hairdressers and wellness clinics and tattoo parlours and so on.

“I expect the figures for 2023 will look much the same as they do for this year.

“We will know by May or June for sure but the fact we have had so many companies go bust in the last four weeks is perhaps a sign of the times.

“People have said to themselves, ‘We’ve run out of money’.”

On the issue of job losses, Prof Bamfield, added: “Many retailers are desperate for employees.

“But if you have a shop with nine or ten employees but customer footfall is down compared to 2019 by ten or 15%, they might say, ‘Let’s see how we get on with six members of staff’.

“That process is carrying on.”

Retail expert Richard Hyman has also predicted the high street will suffer, as figures for non-food retail sales in the three months to the end of October fell by 1.2%.

He said, “Not enough shops have closed in recent years. Retail is still over supplied.

“Now we have a significant recession on our hands, but too much of the narrative focuses on the technical definition of a recession.

“Most consumers don’t care about that.

“They know about their income and they know that is now lagging behind what it costs to do the things they have been doing, so they will have to make economies. It is a question of how they prioritise and how they make those economies.

“A lot of the non-foods we buy is because we want them, rather than because we need them.

“That’s where the budgeting is going to happen.

“It is going to be a difficult couple of years while the UK economy gets smaller in order to get bigger again, and turn to growth at some stage.”

Susannah Streeter, markets analyst at Hargreaves Lansdown, said, “The high street has shown some deep pockets of resilience, particularly among retailers offering value, but as cost-of-living headwinds continue to whip up and a recession looms, 2023 is going to be a very challenging year.

“Retail sales are still below pre-pandemic times, and with more money being taken out of the economy through tax increases and higher energy bills, consumers are likely to continue to rein in expenditure.”