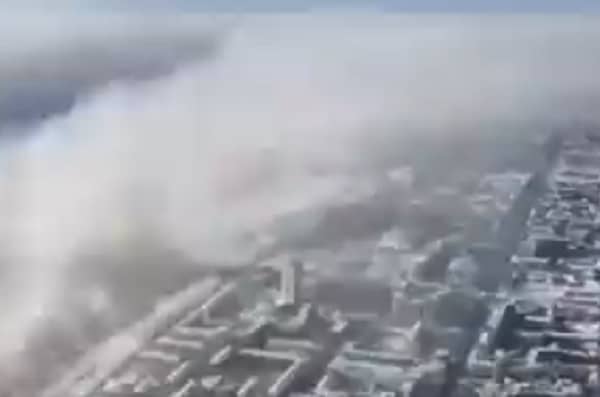 Russia’s state own gas company Gazprom has released a video threatening to freeze Europe to death and warns the “winter will be big.”

Gazprom released an advertisement showing Europe freezing over as they are blaming Western countries for the shortage in gas supplies in response to sanctions and the energy price cap Brussels announced last Friday.

On Tuesday Gazprom’s deputy chief executive Vitaly Markelov warned that they will not resume gas supplies to Europe and Vladimir Putin blames the West for the most severe sanctions which is akin to an economic war.

Russian Gazprom published a video "Winter will be big" where company turns off gas flow & ice age begins in Europe.

Do they really think they can kill thousands of Ukrainians, capture territories of another country, and Europe will look the other way, afraid of gas blackmail? pic.twitter.com/5Zwjg3x9su

The lyrics to Gazprom’s song has been translated:

Winter Will Be Even Bigger

“Winter will be even bigger, look towards the other bank: Fall dies quietly by the river, waving with her yellow hand.

“Bursting through the snow with vigor Sun will bring the signs of spring.

“Winter will be even bigger, snow and twilight’s it will bring.”