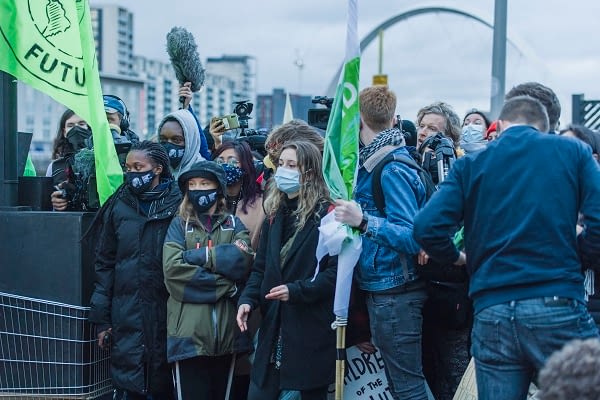 The Education Secretary Nadhi Zahawi is urging school children not to miss school and protest over climate change.

This comes as thousands of children are demonstrating on the streets of Glasgow with Greta Thunberg demanding action over climate change as politicians talk at COP26.

Zahawi was asked on Times Radio if he has been invited to join the climate change marches, he said, “No… I have to say, I wish they were doing it on a Saturday and a Sunday, not in school time.”

He added, “We’ve got two weekends of Cop here in Glasgow when they can have lawful demonstrations, and they should have those and have the right to do that, and I would happily engage with anyone who wants to come and tell me exactly what they think.”

He announced that teachers will be supported to teach children about their impact on world through a “model science curriculum” which will start in 2023.

Zahawi told Times Radio, “It means working with teachers to give them the resources so they can embed climate change evidence into science, into geography, into citizenship education.

“At primary school, we’re launching the primary model science curriculum that will also give teachers the resources for enriching young minds with the evidence around climate change. And I hope also the aspiration to become great scientists and innovators, to solve some of these problems.”

He subtly suggested that school children could be issued fines for missing education by teachers and headteachers should they protest.

The Education Secretary told Sky News: “I would urge children not to miss school, not to miss class – we don’t want to get into a situation where teachers and headteachers are having to issue fines for missing education.”