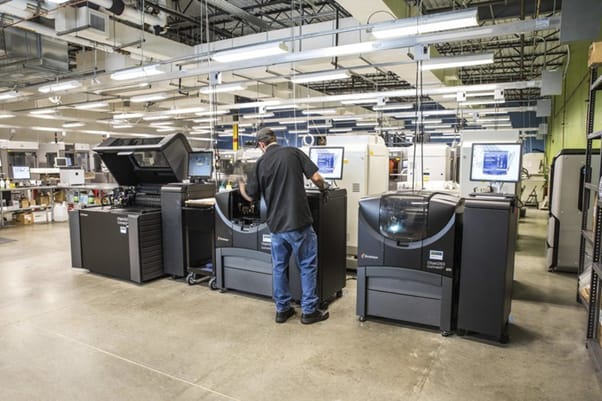 Productivity declines for third quarter in a row

The Labour Party and economists have raised their concerns as the UK’s productivity has declined for the third straight quarter in a row.

In the three months to March output dropped by 0.2% per hour compared to the previous year the Office for National Statistics (ONS) said.

In the same period manufacturing declined by 0.9% and the total average of hours worked rose twice as fast as recorded output, although services increased by 0.2%.

Howard Archer, chief economic adviser to EY Item Club said, “There are a number of other factors that may have hurt productivity.

“In particular, many of the new jobs that have been created are in less-skilled, low-paid sectors where productivity is limited.

“There is also an argument that the UK has been particularly poor at transferring technology and know-how from the most productive companies to other companies.”

Labour shadow chancellor John McDonnell said, “For nine long years, we’ve seen not just brutal austerity but also an utter failure by the Tories to get a grip on the productivity crisis.

“While the Tory leadership candidates talk about tax cuts for the rich, it’s clearer than ever that it’s time for a Labour government, which will tackle the productivity crisis through a package of policies including a National Transformation Fund, National Investment Bank, and £10 per hour real living wage.”

Tej Parikh, chief economist at the Institute of Directors (IOD) said, “With political risks clouding business decisions, firms have lacked the confidence to invest in the equipment and technology that drive efficiency gains in their organisations.

“Even if the clouds of uncertainty do lift later this year, it will be a while before pent-up investment activity filters through to the productivity numbers.”

FTSE flat with US inflation in focus