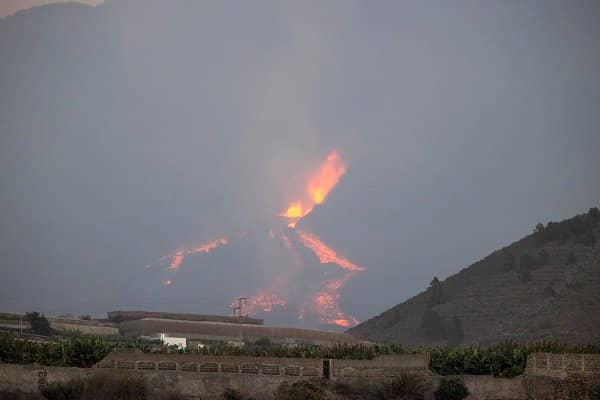 A politician has suggested to bomb the La Palma Cumbre Vieja volcano to stop the lava flow.

For 44 straight days the Cumbre Vieja volcano has been spewing streams of hot lava since the eruption started on 19 September.

Casimiro Curbelo, president of the neighbouring La Gomera island municipality is arguing his point that by bombing the island it will prevent more destruction to La Palma.

Curbelo said during a fiery debate on Radio Faycán, “Isn’t there a plane that could fly and drop [a bomb]?

“It arrives, drops and boom. And it sends the lava in a different direction?

“Maybe it’s madness, but I get the impression from a technological point of view that it should be tried.”

Satellites have measured the lava flows which stands at 975 hectares and as of 31 October there was an increase of 5.2 hectares within 24 hours.

However as bizarre as it sounds bombs have been used in the past in an attempt to control lava flows.

In 1935 the US Army dropped 20 bombs on to Hawaii’s Mauna Loa volcano as it was pouring with lava very close to a town.

According to the US Geological Survey (USGS), it is more than likely after the bombing the lava stopped as a result of pure coincidence.

The USGS said, “Regarding the success or failure of using explosives to influence the 1935 lava flow, our view is that the bombing was carried out as the eruption was already waning.”

The USGS added, “Volcanologists continually improve methods to forecast lava flows and the hazards they pose.

“But decisions about lava diversion must be made by local emergency managers.”

The Extreme heat warning, which covers much of the southern half of England as …

Nurses in England and Wales to vote on...