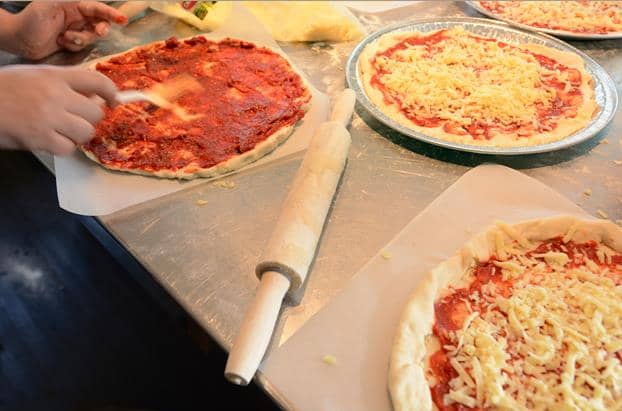 Pizza Express founder Peter Boizot, has died at the age of 89.

Boizot, who opened the first Pizza Express in London in 1965, is considered as one of the original architects of what is now referred to as “casual dining” in the UK. The original branch, which still exists in Soho, offers assimilated pizza, and Italian food generally, with live jazz.

The group, whose portfolio today numbers 320 restaurants in Britain (and 61 overseas), went public in 1993. In July 2014 the group was sold to the China-based private equity firm Hony Capital for £900m, having opened its first outlet in Beijing two months before.

A spokesman for Pizza Express said: “It is with great sadness that we share the news that Peter Boizot passed away on 5 December 2018. In his 89 years, this remarkable entrepreneur achieved an astonishing amount, not just within the dining industry, but across music, sport, and charity as well.

“He launched a culinary revolution with the first Pizza Express in 1965, introducing delicious pizza and casual dining to the UK, inspired by his travels in Italy. His philanthropic work was renowned, raising £2m for the Venice in Peril fund and he inspired the company to continue this charitable mission.

“Peter’s spirit, vision and his passion for good food and good times, will live on and we will continue to carry forward his legacy through the people and culture of our business. We will all miss him dearly. Our thoughts are with his friends and family at this time.”

It is with sadness that we share the news that our founder, Peter Boizot, has passed away. Peter’s spirit & passion for good food & good times will live on, and we will continue to carry forward his legacy through the people and culture of our business. We will miss him dearly. pic.twitter.com/ZCfGnvwt30

Sad to hear on the BBC news that Peter Boizot MBE (left, founder of Pizza Express) has died. We were old friends and I wrote a monthly column for his magazine Boz. My wife Jan and I (right) here dined with Peter and a chum at Kettner's, the restaurant he owned in London's Soho. pic.twitter.com/DToVtc6clp