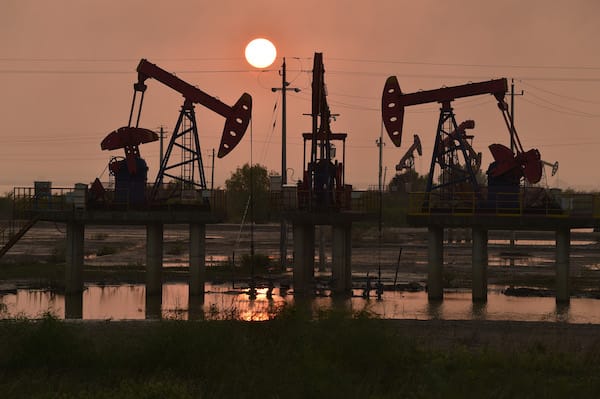 There is the distinct possibility that neither environmental campaigners nor energy providers nor politicians nor the public will be satisfied with what emerges in terms of policy commitments from COP26, but those looking for a clear path to Net Zero by 2050 may be able to draw comfort from one statistic – the oil majors’ capital investment as a percentage of sales in 2021 looks set to come in at its lowest level since 2005.

AJ Bell Investment Director Russ Mould said: “Spending at BP, Chevron, ConocoPhillips, ENI, ExxonMobil, Royal Dutch Shell and TotalEnergies is expected by analysts to represent just 6.3% of sales this year and is way down from the 13.1% peak of 2015.

“Moreover, that figure will feature spending on renewables and alternative sources of energy, so the percentage of sales being spent on finding more oil and gas is likely to be lower than the actual headline numbers.

“In addition, capital investment is expected to come in below depreciation for the fourth time in five years – and stay there in 2022 and 2023 as well, according to consensus analysts’ forecasts.

“This again suggests that Big Oil is not drilling or exploring with anything like its old vigour and instead focusing on renewables and a combination of debt repayment capital returns to shareholders.

“In absolute dollar terms, spending across the seven majors peaked at $198 billion in 2013 and it peaked as a percentage of sales at 13.1% in 2015. This shows how public and political pressure has been building on Big Oil for some time, especially as the Paris Agreement was signed in 2015.

“However, hard-headed economics may have just as much to do with this retrenchment at Big Oil as global public and political pressure for a clear pathway to Net Zero.