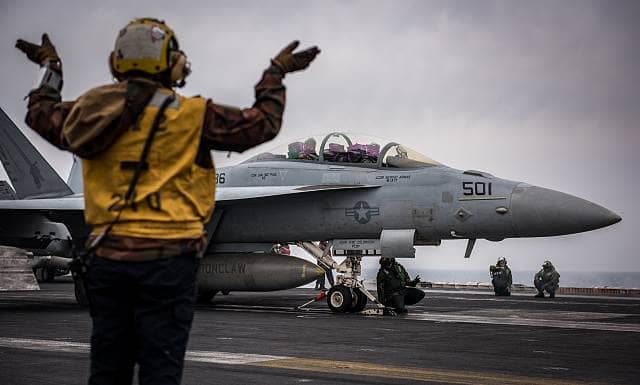 Pyongyang has warned there will be “catastrophic consequences” to Washington’s “outrageous actions” as the US has sent full Naval strike force to the Korean peninsula.

Washington sent the USS Carl Vinson aircraft carrier with a fleet of support ships to include two destroyers and a guided missile cruiser to the peninsula last week from Australia and Singapore.

There is increased tension as North Korea believes that ongoing military drills between the US and South Korea are preparations for a full invasion.

A foreign ministry spokesman was quoted by KCNA, saying: We will hold the US wholly accountable for the catastrophic consequences to be entailed by its outrageous actions.”

“North Korea is ready to react to any mode of war desired by the US.”

They added: “We will take the toughest counteraction against the provocateurs in order to defend ourselves by powerful force of arms.”

The foreign ministry spokesman was citing the US refusal to rule out any pre-emptive action against North Korea’s missile sites.