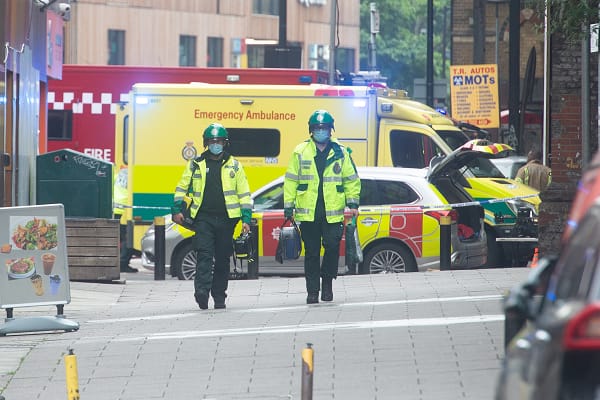 The government has disclosed a shocking fact that the armed forces only have 40 paramedics who have the qualification requirements. which is set out by the Health and Care Professions Council.

The Defence Minister Andrew Murrison said that out of the serving 107 paramedics in the military just 40 have the qualifications which is set out by the Health and Care Professions Council.

Liberal Democrat health spokeswoman Daisy Cooper received the details in a written answer which were disclosed as the government intends to deploy troops to cover for ambulance staff who are striking.

Highest level of strike action since 2011 in October, says ONS

Cooper said, “The Government has got to sort this out now before people’s lives are put at risk.

“Their patchwork plan to keep ambulance services running has filled the public with anxiety about the days to come.

“Emergency health services have already been starved of funding by this Government leading to dangerously high waiting times, and will now be plunged into even more chaos if these strikes go ahead.”

The former head of the British Army Lord Dannatt has warned that the government really needs to “think carefully” in using the military to step in during the strikes.

He said, “soldiers, sailors, airmen, marines are very loyal, but they’re all individuals with their own decision-making process.”

The former chief of the general staff said that the military only had a pay rise of just 3.75%, the tens of thousands who are striking are demanding “double digit pay rises.”

Lord Dannatt told Sky News, “Mr Lynch, you know, tell your railmen to get on and run the trains, we’ll do our job.

“So I think if everyone does their own job, it works out much better.

“And bear in mind, the military had a pay rise of 3.75%, a lot of these people are on strike for double-digit pay rises.”

Lord Dannat warned that the disparity will not go down well “over a pint” amongst those serving in the armed forces.