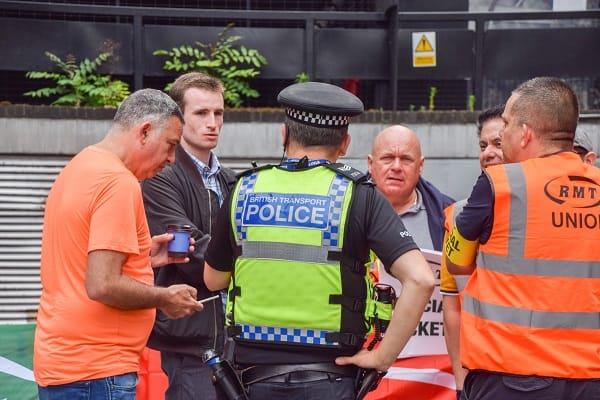 A month of rail strikes starts as workers walk out for their first wave of two 48 hour strikes from Tuesday and Friday.

Members of the Rail, Maritime and Transport (RMT) union have walked out and trains will only run from 7.30am to 6.30pm for this weeks strikes.

There will be two 48 hour strikes at Network Rail along with 14 train companies and many parts of the UK will have no services.

Network Rail chief executive Andrew Haines was asked by BBC Breakfast if there is a glimmer of hope in the negotiations, he said, “It’s hard to see that today. I’ve learned, you know, through a long
career, that sometimes the light is just around the corner.

“But where I stand today, I’d have to say that with the level of disruption the RMT are imposing, the way forward isn’t obvious.”

Transport Secretary Mark Harper said, that “almost 40%” of RMT members at Network Rail voted in favour to resolve the dispute, but there was “a very clear instruction from their union leadership.”

Harper told GB News, “I think the tide is turning on people seeing that the offers we have made are reasonable, taking into account both the travelling public but also the interest of taxpayers.”

The RMT said that 63.6% of their members had voted to reject Network Rail’s offer with a 83% turnout.

Thousands of ambulance workers strike and the Chancellor has been...

Health Secretary rules out 10 per cent pay rise as...