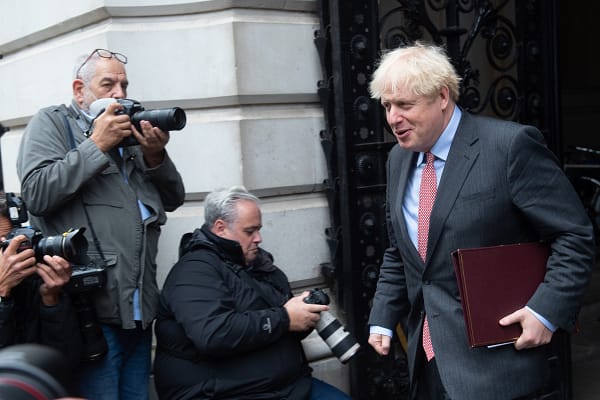 Following a dramatic couple of days in Westminster, Boris Johnson’s net favourability rating falls to -40 today, with three in five (62%) UK voters revealing they have an unfavourable opinion of him.

Additionally, nearly half (45%) of 2019 Conservative voters holding an unfavourable view toward him.

Over seven in ten (71%) of the public believe Boris Johnson is dishonest, with only 22% believing he is honest. By comparison, 55% say Keir Starmer is honest vs. only 28% saying he is dishonest.

Over 50% said they did not know enough about Tom Tugendhat, Penny Mordaunt or Ben Wallace as to whether they would make a good or bad prime minister. Ben Wallace was the only candidate who more people thought would be a good Prime Minister than a bad Prime Minister.

Additionally, once Boris Johnson is replaced by another Conservative leader as Prime Minister, two-thirds (64%) think there should be a general election.

Chris Curtis, Head of Political Polling at Opinium, said, “Conservative politicians have finally come to the decision that voters came to months ago, that it is time for the Prime Minister to go. However, the manner through which his resignation comes seems to have further damaged views of him and of the Conservative Party.

“It will therefore be critically important for the party to choose a future leader who can quickly turn the Conservatives fortunes around.

“Our data shows that Sunak is the politician who people are most likely to have a favourable view of. However, while he is less well known, Ben Wallace is the only candidate who more people think would be a good Prime Minister than a bad Prime Minister.”