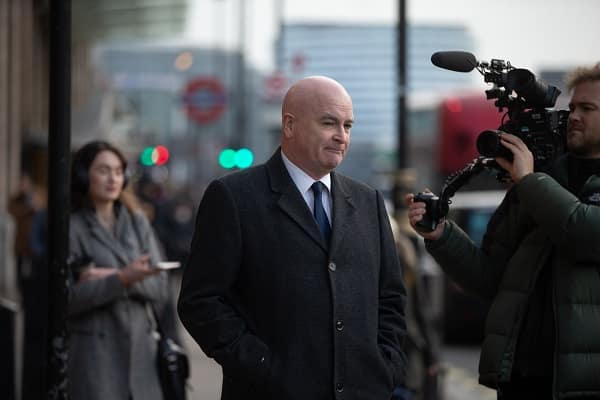 The ongoing pay row will see 80,000 trains axed from Tuesday as unions are to stage their largest strike for five days as millions of commuters will be unable to get to work.

Members of the RMT union will strike on Tuesday, Wednesday, Friday and Saturday which includes station staff and signallers.

Asked who represents drivers are set to strike on Thursday and around 16 million journeys will be affected this week by the coordinated strikes.

The RMT said, “’Both Network Rail and the Rail Delivery Group are being directly blocked by government Ministers from producing an acceptable proposal on job security, pay and working conditions.

“RMT remains available around the clock for talks so all parties can come to a negotiated settlement.”

General secretary Mick Lynch said, “The government is blocking the union’s attempts to reach a negotiated settlement with the rail employers.

“We have worked with the rail industry to reach successful negotiated settlements ever since privatisation in 1993 and we have achieved deals across the network in 2021 and 2022 where the DfT has no involvement.

“Yet in this dispute, there is an unprecedented level of ministerial interference, which is hamstringing rail employers from being able to negotiate a package of measures with us, so we can settle this dispute.

“We will continue our industrial action campaign while we work towards a negotiated resolution.”

Daniel Mann, director of industry operations at the Rail Delivery Group, said, “No one wants to see these strikes go ahead and we can only apologise to passengers and to the many businesses who will be hit by this unnecessary and damaging disruption.

“Passengers with tickets for between 3-7 January can use their ticket the day before the ticket date, or up to and including January 10.

“This dispute will only be resolved by agreeing the long overdue reforms to working arrangements needed to put the industry on a sustainable footing, rather than unions condemning their members to losing more pay in the new year.”