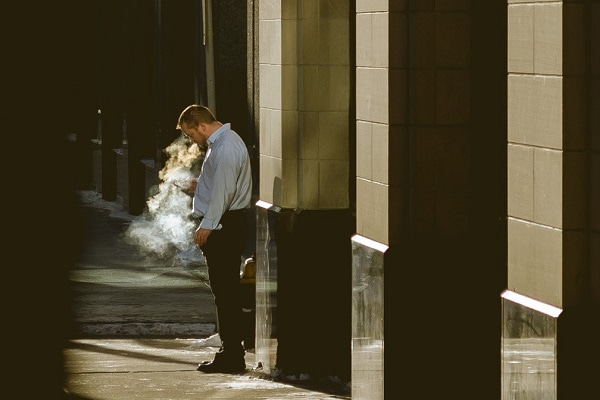 Vape Club have released a year’s worth of company data to show the prevalence of vaping across Britain and how vaping could be a serious solution to quitting tobacco, as recommended by Public Health England.

Recently, the government announced its new plan to eliminate smoking by 2030, the proposals are set to oblige the tobacco industry to fund the programs that help smokers quit, rather than the NHS.

News broke this week that Vape shops are opening on NHS hospital sites in a bid to stub out smoking. The two new hospitals which are trailing this effort are in the Midlands at Sandwell General Hospital in West Bromwich and City Hospital, Birmingham

Vape Club has released new data showing which part of the UK has the highest rating of vaping the average amount people spend on the products.

The prevalence figures of smoking in London show that 14.1 percent of people in the capital smoke, which is on par with England’s average of 14.9pc according to Public Health England’s “Local Tobacco Control Profile” Report.

Based on the number of sales at Vape Club over the past year, London emerged as the areas with one of the highest rates of e-cigarette users in the UK.

Due to the way the data has been analysed (relative to population size), it was not the country with the highest amount of vapers. Hertfordshire took the top spot with Somerset following closely behind.

However, the average spend of the London vaper is higher than anywhere else in the country, for one transaction.
Sales per person are around two times higher in London when compared to North Yorkshire and Scotland.

The top five areas for vapers are all located in the south, with fellow southern counties Hertfordshire, Northamptonshire and Somerset at the top of the list, suggesting that vaping uptake is bigger here than in the North. Only Cumbria, located in the North West of England made the top 10.

Smoking has seriously decreased in popularity, the number was as high as 45.6% back in the 70s and even back in 2000 the figures were at 27%.

Why are Brits making the switch?

Public Health England estimated that vaping is 95% less harmful to your health than smoking cigarettes. Vaping removes the burning of tobacco which has harmful effects on the lungs. When tobacco is burned it produces tar which is then carried in the smoke to the user’s mouth and lungs.  It is this tar which contains the majority of carcinogens and mutagens which can cause illnesses such as lung cancer, COPD or cardiovascular disease.

Unlike smoking cigarettes, vape users can gradually decrease the nicotine levels and eventually remove it completely. This could be one reason why the use of e-cigs is thought to be ‘twice as effective’ than nicotine patches, gum or sprays for quitting nicotine , that’s according to research published in the New England Journal of Medicine.

Vape Club’s data also shows that tobacco is no longer the most popular flavour, with more sales for Menthol, Strawberry and Cream flavours across the UK.

There are many other unusual flavours that could be a growing trend, out of Vape Club’s data on over 130 flavours. Pastry proved to be 14th most popular flavour nationwide, while nut was 28th, aniseed/liquorice was 29th, and coffee was 38th.

Dan Marchant, Managing Director at Vape Club said, “At Vape Club we firmly believe vaping can really help the nation lower its tobacco usage. It’s small to no concentration of nicotine mixed with attractive flavours are key tools for many smokers looking to quit.

Many vapers will start out on a tobacco or a menthol, but as their taste buds recover from smoking many of these people will quickly find that they don’t particularly like the taste and look for something they enjoy and can vape on all day without getting bored.”