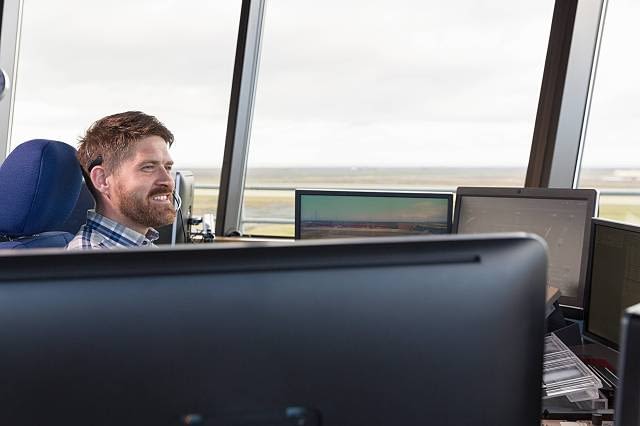 London City Airport will be the first in the UK to replace its air traffic controllers with a remotely operated system.

Controllers will no longer be sitting in the tower overlooking the runway, they will instead be 80 miles away watching live footage being fed through high-definition cameras.

The new system is set to be completed by 2018. It will then be tested for a year before it becomes fully operational in 2019.

The tech has already been tested in Australia, Sweden, Norway and Ireland and has been developed by Saab. This is the Swedish defence and security company.

The system is being introduced as part of a £350m development programme to upgrade London City Airport.

It will also provide controllers with a 360-degree view of the airfield, the live footage will allow controllers to zoom in for a better view. The cameras will be able to pick out rogue drones near the airport, as well as light the runway at night.

“We do see this as being a growing market place across the UK and the world.”

[…] Read More on that Topic: londonlovesbusiness.com/london-city-airport-set-to-get-remote-air-traffic-control/ […]