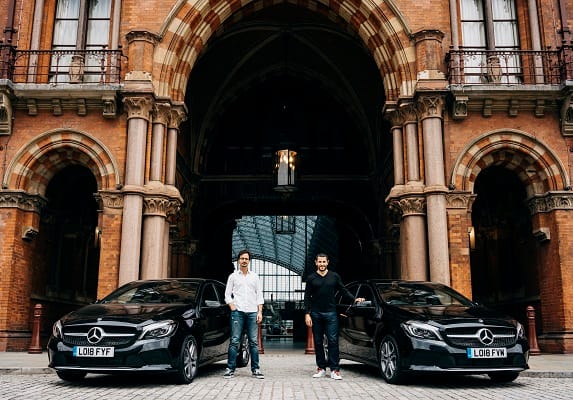 Car rental start-up, Virtuo, stepped up its battle against the giant car rental companies today by announcing that it has raised £17.3m from Iris Capital, Balderton Capital and Raise Ventures to help it make a big push into the UK market in 2019. Virtuo, which currently operates in 21 locations in France and Belgium, also launches in Spain and in Germany in 2019, making it a truly pan-European rental option for drivers who are fed up with being served so poorly by the existing car hire sector.

Virtuo launched in London last summer, having been born out of frustration with traditional car rental. The Virtuo app allows users to book and unlock a pristine Mercedes A-Class or GLA in minutes, at stations across London, and the business has seen revenue grow by 10 times in the UK in the last seven months. As a whole, the company is growing at a rate of 200% per annum.

Virtuo’s Co-founder, Karim Kaddoura said, “Now is the right time for this investment, because we want to revolutionise car rental across Europe and show that with our service, there is simply no need to own a car anymore.

“Travel outside cities in many European countries is not well served. Here in the UK, the railways are becoming less efficient and increasingly expensive. We want to show a younger generation that cars are still a really convenient and cheap way to travel and that you don’t need to own a vehicle to be able to have on-demand and hassle-free access to it.”

Virtuo promises to eradicate the horrors of traditional car hire including hour-long queues at rental desks, unnecessary up-selling of insurance and accessories, never being able to get the car you actually booked, as well as opaque terms and conditions that make hiring stressful and steep penalties easy to incur. Virtuo users can complete all paperwork in the app before picking up a valeted car from their chosen spot and unlocking it with a smart key downloaded to their phone.

Through the app, drivers can extend and modify bookings in seconds and are rewarded for returning their car with extra fuel. The digital car key can be shared between four additional drivers, for no extra charge, and competitive rental rates vary depending on demand, period and rental duration.

Stéphane Pesqué, partner at Iris Capital said, “Virtuo’s founders have created a business that is disrupting car rental from the ground up relying on a unique digital path for users. We love their attention to detail and their determination to perfect the customer experience, which will convince occasional and frequent drivers that Virtuo is the best solution when travelling for work and leisure in Europe. We are very proud to invest in them at this stage.”

Bernard Liautaud, managing partner of Balderton Capital said, “Technology in cars and other areas of mobility is evolving rapidly, due to concerns over the environment and congestion. Given these shifts, renting a car as and when you need it is becoming a viable alternative to buying, particularly for younger people who have come of age as the sharing economy took off.

“The same way innovative tech companies are disrupting legacy players in sectors like finance, Virtuo, in which we first invested 18 months ago, is radically changing the way we hire a car.”

Virtuo is disrupting the car rental space with a product that sets out to fix all the pain points of traditional car rental. During 2019 the mobile-only car hire company will introduce the ability to pick up a vehicle in one place and drop it off elsewhere. It will also launch in Spain and Germany in June, further serving travellers who are frustrated by legacy car-rental companies.