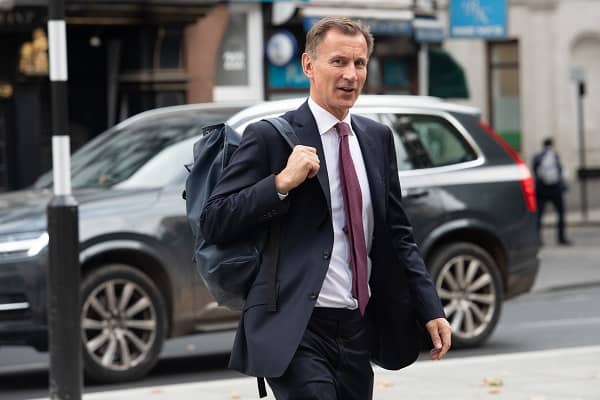 Jeremy Hunt is to return to the frontbenches after being appointed the new Chancellor after Kwasi Kwarteng was sacked for his colossal failure over the mini budget.

This could also be an attempt by Liz Truss to get those who are wanting to oust her to bring them onside.

Hunt was a prominent support of Rishi Sunak during the leadership contest after he lost in the running.

Hunt previously told Sky News “I’m someone who doesn’t just think that we stop the corporation tax rises, I think we should cut them so that they’re the lowest in Europe and North America.

Kwarteng was sacked on Friday after serving just 38 days as the Chancellor amid his shambolic mini budget which sent markets into turmoil.

Kwarteng is now the second shortest ever Chancellor as he was appointed on 6 September, and Iain Macleod on 1970 died of a heart attack after serving 30 days in the job.

Nadhim Zahawi was the third shortest with just 63 days in the job under Boris Johnson and Sajid Javid comes fourth after serving 204 days.

Only yesterday Kwarteng told reporters in Washington that he was “not going anywhere” despite growing calls for him to resign which saw the pound slump to a 50 year record low after he delivered his mini budget.