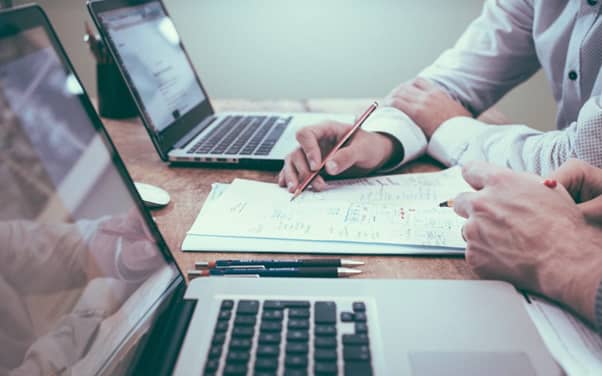 Protostar’s online portal has been designed to better align the benefits of 360 feedback with the specific needs and requirements of leading law firms, making it easier to generate strategic and highly tailored development plans while simultaneously facilitating a new era of innovation in the legal sector.

360 Degree Feedback for Law Firm Partners is a new development tool for law firms that is at the cutting edge of leadership development in the legal sector.

Designed and developed in collaboration with Passmore Consulting’s Crispin Passmore, former Executive Director at the Solicitors Regulation Authority, the three new tools enable behaviours to be compared and considered in relation to those behaviours typically exhibited by high performing partners. These behaviours range from leadership skills and personal commitment through to strategic planning, objective setting, compliance, and ethics.

Using 360 feedback, law firms can create personalised development plans for key talent, prioritising the necessary actions to narrow any gaps identified through the assessment. Through a greater understanding of how already confident and forward-thinking leaders can adapt their behaviours in line with proven approaches to success, it is hoped that key talent can navigate these uncertain times and maintain a clear pathway to achieving their goals.

Crispin Passmore of Passmore Consulting said, “The ability to both give and receive constructive feedback is often seen as a strength, yet relatively few individuals actually enjoy being the provider and even fewer like being on the receiving end. This is a common dilemma with legal professionals who know that to improve they should elicit such feedback, but are fearful of highlighting any shortcomings that could hinder an upcoming promotion.”

360 feedback for law firm partners certainly isn’t a new concept, but it is a concept that has been met with disdain due to a failure for the process to fully connect with the legal sector. Typically, 360 feedback tools have been used to assess overall performance and generic management skills in a bid to identify key prospects for promotion or financial reward.

These tools, which are often used across many different industries, also assess behaviours against generic competences in order to maintain relevance across a broad sector. These competences haven’t always translated well to the legal environment.

“While such tools have existed for a long time in the market, we are the first to introduce 360 feedback systems that are designed by legal sector experts and which specifically meet the highly niche needs of modern law firms who see the value in investing in personal development for their team” says Michael Coates, Managing Director Protostar Leadership Development Ltd.

“360 Degree Feedback for Law Firm Partners allows leaders to be seen as innovators, and we are excited to see our new 360 online systems already being used by partners who lead modern and progressive organisations.

The new tools are simple to use, with assessments being undertaken using Protostar’s secure online portal. Feedback can be inputted from multiple sources, including managers, peers, and from direct reports, and all information is maintained safely and confidentially, with only the individual and the relevant Protostar consultant having access to the generated report.

Users can choose from three tools – for equity and managing partners, for all other partners, and for senior staff on track to becoming partner – all of which aim to address some of the common challenges that arise within a sector which is known for being both traditional and highly competitive. Protostar is succeeding in modernising this traditional industry through innovation, ensuring that the legal sector has access to the latest technologies that can support them as they take a renewed interest in professional development.