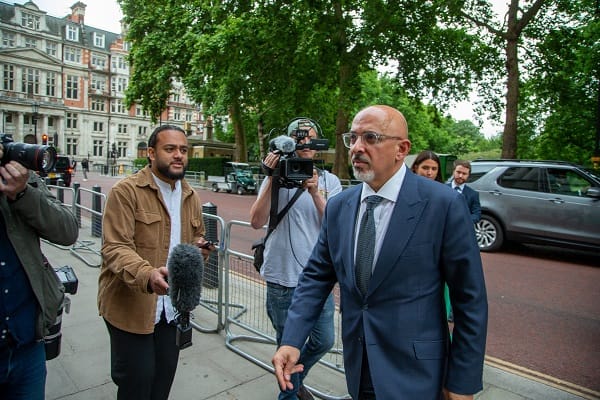 The Prime Minister told MPs in the House of Commons it would have been “politically expedient” to sack Zahawi and that “due process” over the investigation into the issue over HMRC should be allowed to reach its own conclusion.

Sunak admitted to MPs that has was not provided the full picture over Zahawi’s financial matter and the Tory Chairman had given a “full” account over the circumstances and insisted that when he gave him the job of Minister Without Portfolio that “no issues were raised” with Sunak.

Sunak told the House of Commons, “Of course, the politically expedient thing to do would be for me to have said that this matter must be resolved by Wednesday at noon.

“But I believe in proper due process.”

Sir Laurie Magnus, is Sunak’s independent adviser on Ministers’ Interests, and has started the investigation to find out if Zahawi broke Ministerial rules over the estimated £4.8 million HMRC bill when he was the Chancellor.

Sunak said in response to Sir Keir Starmer, “I obviously can’t prejudge the outcome of that but it is right that we fully investigate this matter and establish all the facts.”

Last week the Prime Minster told MPs that Zahawi had “already addressed the matter in full.”

However, Sunak added, “Since I commented on this matter last week more information, including a statement from the Minister Without Portfolio, has entered the public domain which is why it’s right that we do establish the facts.”

Responding to another question from Sir Keir, Sunak said, “I obviously can’t prejudge the outcome of that, but it is right that we fully investigate this matter and establish all the facts.”

The Labour leader told MPs, “I think anybody watching would think it’s fairly obvious that someone who seeks to avoid tax can’t also be in charge of tax.

“Yet for some reason the Prime Minister can’t bring himself to say that or even acknowledge the question.”

“But his failure to sack him when the whole country can see what’s going on shows how hopelessly weak, he is – a Prime Minister overseeing chaos, overwhelmed at every turn.”

Sunak responded, “I stand by my values and my principles even when it is difficult.”