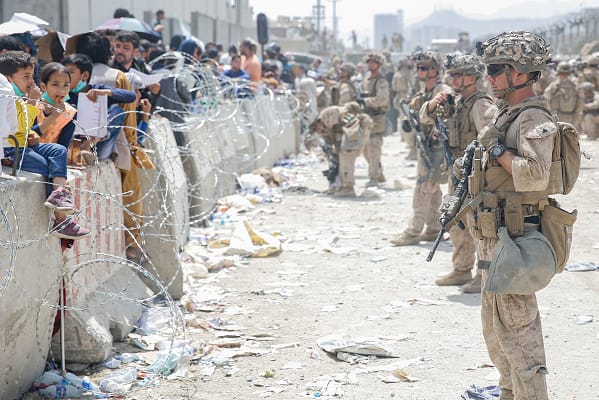 Labour accuses the government of ‘awful gross negligence’ over Afghanistan

Labour’s Shadow Home Secretary, Nick Thomas-Symonds has heavily criticised the government over their handling of the withdrawal from Afghanistan.

He has urged the government to grant more people entry into the UK from Afghanistan as it is our “duty that we owe to the people of Afghanistan.”

Speaking to Sky News Thomas-Symonds said, “The government has been, frankly, asleep at the wheel.

“The government hasn’t prepared for this situation, despite knowing that Joe Biden had made that campaign pledge, was going to withdraw from Afghanistan.

“It is frankly awful, gross negligence from our government.”

The Armed Forces Minister, James Heappey has defended the government’s handling over the pace of the decision making.

Heappey said that the government’s decision making has taken place at an “extraordinary pace.”

He told Sky News, “Decisions are being taken in real time to answer problems as they emerge on the ground.”

He said that the RAF have now helped 1,821 people evacuate from Afghanistan and the “flow remains good.”

He warned that we “won’t be able to get everyone out that we want to.”