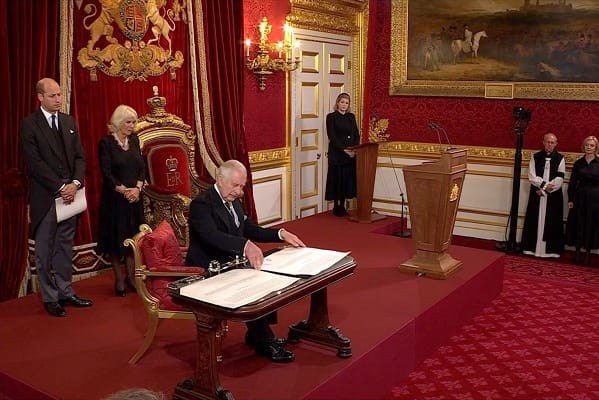 The current Environment Secretary Therese Coffey has defended the Prime Minister’s decision not to attend Cop27 and said it is up to King Charles III if he wants to attend the climate change summit.

The Cop27 will take place in Egypt this year and Rishi Sunak will not attend “due to other pressing domestic commitments, including preparation for the autumn budget.”

The Prime Minister’s spokesman said, “The PM is not expected to attend due to other pressing domestic commitments, including preparations for the autumn budget [on 17 November].”

“The UK will be represented by other senior ministers and [COP26 president] Alok Sharma.”

Coffey insisted to Sky News, that climate change issue is Sunak’ “priority,” adding, “I am not aware of, say, President Biden or President Macron or any of those other people will be there. It is quite standard practice that every five years is the big political gathering.”

She said, “several senior Government ministers” will be attending the summit in Egypt in November.

Speaking about King Charles Coffey said it is entirely up to the monarch if he wants to attend the summit in Egypt.

She told Sky News, “I’m conscious that King Charles has always taken a very deep interest in the environment and climate change.

“Of course, it would be up to him to decide how he chooses where to put his priorities in his reign as King.”

She was asked if she would like to see him attend, Coffey said, “I think it’s up to him. I know that he takes an interest in this particular issue, but it’s up to him.”

She added, “Normally the big Cops tend to be every five years.

“The United Kingdom hosted that last year where we had attendance for many members of the royal family, but in between it tends to be more of a – I’m not going to say low key – but not quite the same level of heads of state and prime ministers attending.”