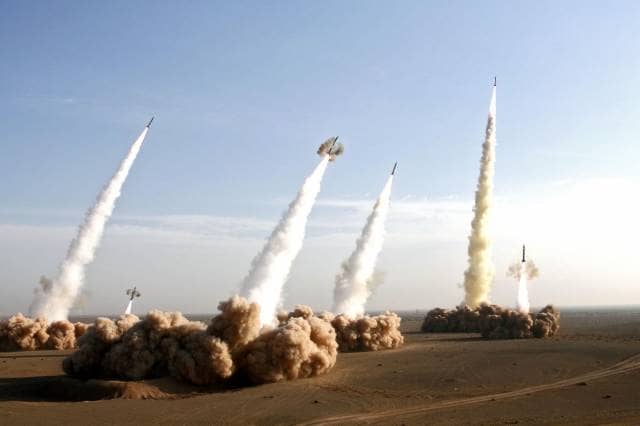 President Trump has said in a tweet yesterday that North Korea is: “behaving very badly. They have been “playing” the United States for years. China has done little to help!”

These comments came after Secretary of State Rex Tillerson warned that military action will be “on the table” if North Korea raises its threat level. Mr Tillerson said in his first trip to Asia as Secretary of State that: “Let me be very clear: the policy of strategic patience has ended,” he said.

“We are exploring a new range of security and diplomatic measures. All options are on the table.

“If they elevate the threat of their weapons programme to a level that we believe requires action, that option is on the table.”

He added that any action from the North’s regime to threaten South Korea shall be met by “an appropriate response.”

Mr Tillerson further said that there’s no need for China to punish South Korea for aiming its US anti-missile defence system at North Korea. China has said that the radar in the Terminal High Altitude Area Defence system is a direct threat to Beijing.

Mr Tillerson said that the Chinese retaliation was “unnecessary and troubling”.

“We also believe it is not the way for a regional power to help resolve what is a serious threat for everyone,” he said.”

“So, we hope China will alter its position on punishing South Korea.”

However, satellite imagery shows that North Korea has made extensive excavations at the Punggye-re nuclear site.  Imagery has revealed tunnels have been built under Mount Mantap.  Experts have warned that these tunnels can easily support more tests.

A north Korean think tank, 38 North said: “The continued tunnelling under Mount Mantap via the North Portal has the potential for allowing North Korea to support additional underground nuclear tests of significantly higher explosive yields, perhaps up to 282 kilotons.”

Mr Tillerson further said: “So we have 20 years of failed approach.”

“That includes a period where the United States has provided $1.35 billion in assistance to North Korea as an encouragement to take a different pathway.”

He added: “In the face of this ever-escalating threat, it is clear that a different approach is required.

“Part of the purpose of my visit to the region is to exchange views on a new approach.”

However, today China’s Foreign Minister, Mr Wang Yi defended the Chinese position by saying: “We hope that all parties, including our friends from the United States, could size up the situation in a cool-headed and comprehensive fashion and arrive at a wise decision.”

Mr Wang, urged all parties to implement UN sanctions against Pyongynag and seek diplomatic solutions saying that the US must remain “cool headed.”