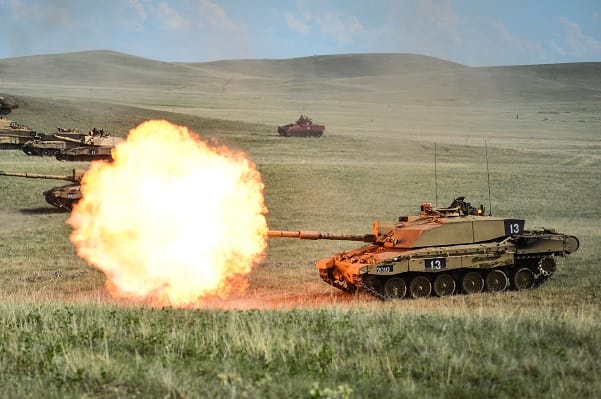 As we approach the one year anniversary of Russia’s invasion of Ukraine, new global polling across 28 nations by Ipsos shows Britain continues to be among the countries most in favour of action to support Ukraine.

For example, it is most likely to agree that Russia should continue to be excluded from international sporting events (85% of Britons, joint top with Poland, vs. 66% global average), and that Britain should take in Ukrainian refugees (81%, top with the Netherlands and Sweden, vs 66% global average).

Almost 8 in 10 agree doing nothing now will encourage Russia to take further military action in Europe and Asia (79%, higher than any other country and vs 63% globally) as well as that restrictions on Russian oil and gas are important to maintain, even if we must limit our heating this winter (78%, vs a 13-country average of 67% from nations in Europe, Australia, Canada and the US).

Britons are also more likely than the global average to agree that their country must support sovereign countries when they are attacked (81% vs. 70% globally) and that paying more for fuel/gas because of sanctions is worthwhile to defend another country (67% vs 53% country average).

Britons are below the global average when it comes to agreeing that their country should avoid getting involved in the conflict (64% vs 71%) and that given the economic crisis, Britain cannot afford to lend financial support to Ukraine (52%, vs 64% globally). Less than 3 in 10 agree Ukraine’s problems are none of our business and we should interfere (27%), while 42% globally agree.

Which actions do Britons support?

Britons are most likely to support applying the ‘most stringent’ economic sanctions against Russia (70%), the highest level of support of any country included in the survey (and against a global country average of 45%). A similar proportion are in favour of continuing to support Ukraine until all Russian troops have withdrawn from territory claimed by Ukraine (68%) while 63% support providing weapons/air-defence systems to the Ukrainian military.

We see majorities in favour of sending troops to NATO countries bordering Ukraine (57%) and limiting/restricting imports of oil or gas from Russia, even if this leads to steep increases in energy and food prices (55%).   However only 1 in 3 (33%) support sending troops to Ukraine itself.

Only a minority are in favour of maintaining diplomatic ties with Russia (33%).

Majorities of citizens in every nation agree that their country must support other sovereign countries when they are attacked (70% on average globally, little changed since March-April 2022), but also that it should avoid getting involved militarily in the conflict in Ukraine (71%, also little changed).

More than half on average (though not a majority in every country) still say paying more for fuel and gas because of sanctions against Russia is worthwhile to defend another sovereign country (53%, down 2 points). Even though Ipsos research finds inflation to be the #1 worry across the world, more people think that economic sanctions on Russia are necessary to support Ukraine despite their impact on energy and food prices than feel the sanctions on Russia aren’t worth the economic impact they are having in their country – by a difference of 15 percentage points on average across the 28 countries surveyed (40% vs. 25%).

However, the survey points to some risks of fatigue. At the global level, fewer now agree that their country should take in Ukrainian refugees (66%, down 7 points since March-April 2022) and that “doing nothing in Ukraine will encourage Russia to take further military action elsewhere in Europe and Asia” (63%, down 5 points). Also, marginally more now agree that “the problems of Ukraine are none of our business and we should not interfere” (42%, up 3 points).

Nevertheless, across the 13 countries surveyed that are part of the European Union and/or NATO plus Australia (i.e., “the West”), two-thirds agree that restrictions on Russian oil and gas imports are important to maintain, even if it means they must limit our heating this winter. This view is held by a majority in all 13 countries except Hungary.

Both in the U.S. and on average across the same 13 countries, 57% favour continuing to support Ukraine until all Russian forces have withdrawn from territory claimed by Ukraine. Here too, support varies greatly, ranging from 69% in Sweden to just 37% in Hungary.

Among NATO countries surveyed, majorities in the U.S., Canada, Great Britain, France, the Netherlands, and Poland support their country’s providing weapons and/or air-defence systems to the Ukrainian military.

Gideon Skinner, Head of Political Research at Ipsos, said, “Despite difficult economic times, many Britons continue to think their country should play a global role, and particularly when it comes to Ukraine.

“Britons are among the least likely around the world to think the war is none of our business, and among the most likely to support action, whether that means taking in Ukrainian refugees, or diplomatic, sporting, and economic sanctions against Russia, even if there are knock-on effects on prices domestically.

“Support however is not completely limitless – the public are conscious of the economic costs even though on balance many accept it, and while there is backing for certain forms of military support (such as providing Ukraine with weapons or air-defence systems), this still does not extend to sending troops.”

Damascus launched a ‘heinous attack’ and bombed the moderate opposition...