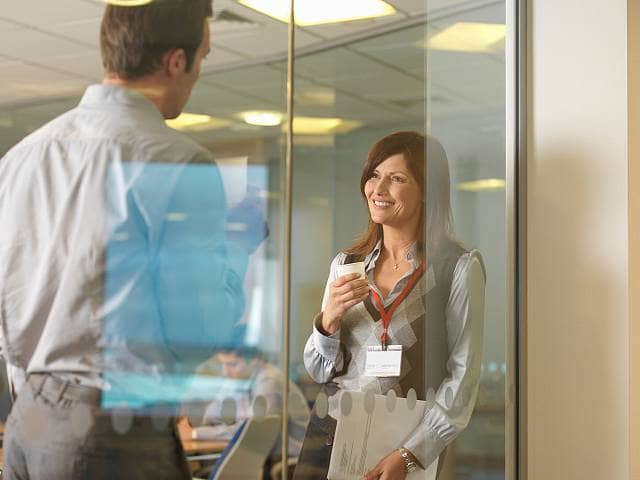 How to successfully delegate tasks based on employee skill sets

The art of delegation..

Delegating tasks to your employees is just as simple as telling them to perform the task. This would probably resonate with a lot of managers in the past, as would the statement that if you wanted something done right you have to do it yourself. In today’s management, this couldn’t be further from the truth. While some managers take delegation to an all new extreme, proper delegation can save a lot of headaches, time and money.

Time, however; is the biggest deciding factor for any task. This is the aspect that is most important, because of its direct influence in any project. Once you have defined the length of time for your project, it’s time to pick the right candidates.

Conduct an audit of your employee’s skill sets

Measuring the proficiencies of your employees should be a normal process. It measures their continuing efforts to remain at their peak proficiency for their industry. It is also a way to test their softer skills, which largely go untested in certain fields. A well-rounded employee should embody the company’s core traits while having a strong set of technical and soft skills related to the field.

Consult your company’s core values and determine how your employees line up. No matter what other skills sets the employee may bring to the table, the overall attitude should be incorporated. If left to the traits of being innovative, highly proficient in their tasks, and meet or exceed the company’s goals is the only metric to gage an employee, it may have a very demoralising effect on other employees.

An example of this would be an excellent mechanic. Cars are maintained in tip top fashion, the employee is never late, and potentially a sheer genius while at work. However, they are quite often berating fellow employees for their appalling lack of knowledge or skills, breaking common company rules like smoking indoors; or other such infractions. By performance metrics alone a manager would have no reason to dismiss them, however because they don’t line up with the company’s core values of respect they can be easily dismissed or reprimanded.

Technical skills are usually what got the employee into their position in the first place. It is customary to gage the growth of these skills. Soft skills are usually overlooked because of the importance placed on the technical skills. However, having a strong set of both technical and soft skills creates a true asset to the company. While they may be less important overall to the position, having them makes for a more reliable and productive employee.

An example of this would be an IT employee with excellent knowledge of their duties but doesn’t quite have the hang of asking the proper questions to diagnose a problem or supply an answer over the phone to a customer. While their skill set is high in one area, it usually comes as a cost in another area.

Once you are confident in your employees’ skill sets, you should start incorporating them into tasks based on those skill sets. Before setting them up with a schedule based on your company’s projects, it would be best to set them up as teams that complement each other so that they work more efficiently.

Based on your company’s needs and or industry you can employ based on a shrinking organisation. This can be used for many seasonal service driven companies where projects tend to dwindle because of weather conditions that would make performing projects near impossible or unsafe. This could also be true if your company is upgrading with plans to utilise a lot of automation to handle aspects of the business.

Alternatively, you can implement a forecast planning style which would allow you to see if you are over scheduling or under scheduling for a project. This style creates a mathematical situation where it would be easier to recognise that you are either equal to, less than, or greater than zero. If you come up as equal to zero then your planning efforts balanced out. Coming up less than zero means you saved time and resources and are thus able to shift to the next project more quickly. Coming up greater than zero means expectations were not met, or that there was more involved with the project than initially thought.

You took the time to establish cohesive teams that complement each other and you have created an efficient plan that would carry out the tasks for your project. Now how do you report it? Clients love to hear updates when it is in their favour, and upper management loves to know when they are being profitable; but there are 3 key elements for project progress reporting.

The definition of the work package is the first key element. This definition should be as detailed as possible to avoid miscalculating resources needed or duration needed for the project. This can also be an indicator for when extra time should be budgeted in in case of unforeseen events. It is a best practice when resource managers and project managers can nail down all the details prior to the undertaking of the project. This can easily be done with the right resource management software which allows for proper delegation (and project reporting).

The proper definition of progress is the second key element. How someone defines progress should be dependent upon the type of project. A car being rebuilt would be measured in stages while computers being repaired would be measured by a tally. The reporting for either should reflect where each project stands as well as the value of the job. The car may have had financial or time setbacks and created a deficit of both money and man hours, while computer only had to install more ram and update the CPUs and incurred a surplus of both money and man hours available.

Finally, discipline is the final key element to progress reporting. Due to pressure, most people forego this aspect in hopes of reaching the finish line of a project, which is wrong. It is the discipline to continually analyse the situation from its current status against the finish line. Adjustments may need to be made because of an element in the duties not being able to be fulfilled, i.e. both the car and the computer need replacement parts that are currently out of stock.

As you can see delegating tasks requires a firm knowledge of an employee’s skill set. Without that knowledge, it would be hard to create any kind of cohesive team, let alone plan the path for the project at hand. Planning the delegation of specific tasks should have room for some time and money padding, however; not so much that it becomes a waste of both. Finally, you need to be able to efficiently recognise the stages of progress and be able to report on them as needed to who needed it.