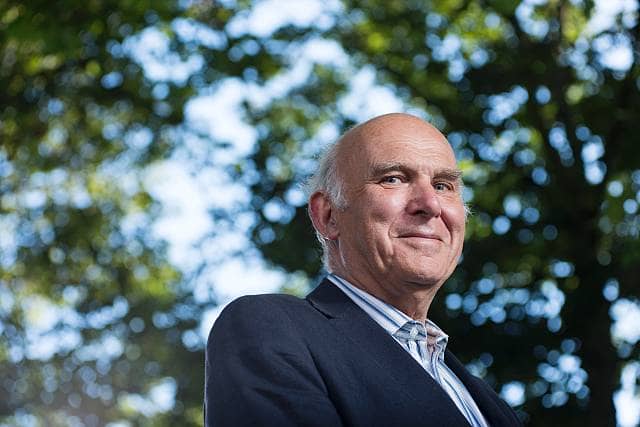 How rich is Vince Cable?

Sir Vince Cable is a former Secretary of State for business, innovation and skills and MP and has just been elected as the leader of the Liberal Democrats, although no ran against him.

As well as being the MP for Twickenham and the Lib Dem leader he is also a successful author and even featured in a Strictly Come Dancing christmas special.

So how rich is Vince Cable?

Cable is the MP for Twickenham so will receive a basic MP annual salary of £76,011.

As well as being an MP Cable is a successful author with several bookings covering economic and financial topics and his memoirs. His first fiction novel Open Arms is due for release in September 2017.

Cable is also a highly sought after keynote speaker where it is reported he charges up to £15,000.

Cables and his wife Rachel Smith also have a farm in New Forest near the village of Brockenhurst, where properties range from £500,000 to over a million.