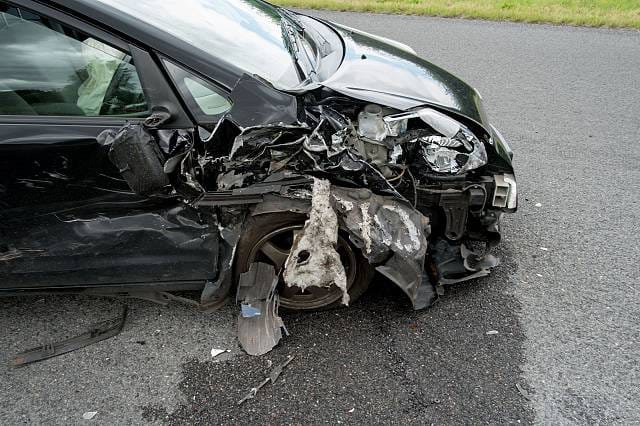 According to the National Highway Traffic Safety Association (NHTSA), 36,560 people were killed in car accidents in 2018 alone. Any which way you slice it, being a driver or passenger in a motor vehicle has inherent risks associated with it. And for pedestrians and cyclists, drivers can be even more unpredictable and dangerous.

But what about autonomous vehicles? Also known as self-driving cars, they take the control out of a human driver’s hands. No carmakers currently have fully autonomous vehicles on the road today, but aspects of the tech are in place. Lane keeping assist, adaptive cruise control, automatic emergency braking – these are all precursors to safety systems that will be integral in self-driving cars. But will it improve safety and reduce accidents?

The NHTSA has done extensive studies on vehicle and traffic safety. They’ve deployed a framework for safety in autonomous cars on the premise that autonomous cars will make driving much safer. Here’s how self-driving vehicles can improve safety on the roads and reduce accidents.

Human error accounts for 94% of accidents

Yes, it’s true that 94% of accidents on the roads today occur because of human error. That could be anything from over-correcting the steering to applying gas rather than the brake. Accidents may not be the driver’s fault either, as a pedestrian could step out from behind a vehicle or a deer tries to cross the highway.

Marcin Ladowski, COO of online damaged cars buying marketplace CarBrain, says, “Cars involved in a collision account for more than 40 percent of the vehicles transactions we’re involved in. That may be good for our business, but it’s sobering to think that so many people are hurt or killed in these cars, and it could’ve been prevented.”

The NHTSA estimates that self-driving cars could save more than 300,000 lives every year simply by removing the element of human error. Autonomous technology, in many instances truly is better than people at driving.

When tested for reaction times, young people required 220 to 388 milliseconds to react. Older people took longer – 403 to 605 ms to react. In the event of a potential or imminent collision, a half-second may not be enough time to avoid the accident. And in real life, a reaction takes 1.5 seconds or more for the driver to respond and perform the required maneuver.

Self-driving cars have an actual reaction time of 0.5 seconds, a third of a human’s reaction. And engineers are working now to develop a module that can react accurately 160 times faster than a human, helping to drastically reduce unnecessary collisions.

A human driver relies solely on visual cues inside the cabin, and the forward field of view horizontally is just 135 degrees. While small mirrors can help expose hazards around a car, it leaves many blind spots.

A self-driving car will be equipped with sensors and cameras the encompass the full 360-degree spectrum around the vehicle. What’s more, lidar and radar can help identify hazards that are not yet visible to a driver. In that way, an autonomous vehicle can be ready to react before a driver would know the hazard exists.

Research by Progressive Insurance identifies that 52 percent of accidents happen within 5 miles of home. These accidents typically occur as drivers are more relaxed and in ‘auto pilot mode’ on familiar streets.

It stands to reason that the more time spent on the road, the higher the likelihood of being involved in an accident. McKinsey research indicates that a self-driving car can trim as much as 50 minutes from a commute. Not only could this time be put to better use by occupants, but it reduces the opportunities for on-road accidents.

Finally, the manufacturing standards for self-driving vehicles related to safety are higher by several orders of magnitude. Guidelines for manufacturers involved in aspects of AV development directly or indirectly affecting safety are to be held accountable for reliability and durability.

As an example, there is no room for failure for firmware in modules that allow communication between sensors that find a hazard and systems that can react. A radar sensor must demonstrate that it can accurately detect potential hazards 100 percent of the time.

Self-driving cars are coming soon. Models including Tesla’s lineup are manufactured with some of the prerequisite equipment to handle self-driving tasks. When they come out in full force, they can be expected to reduce accidents by the thousands.