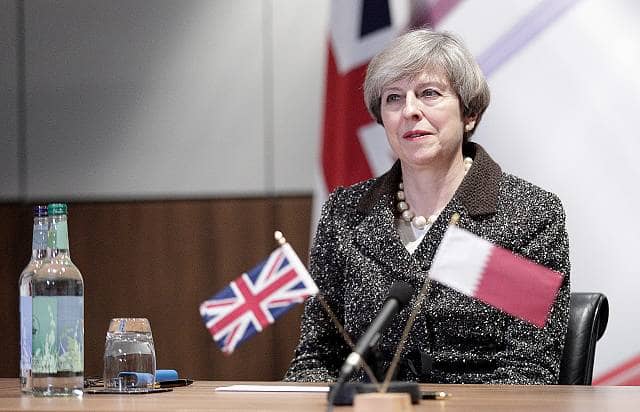 Historic moment: So that's it, Theresa May signs EU letter which starts Britain leaving the EU

Theresa May formally signs the exit of Brexit

The Prime Minister is to tell MPs that she is to represent “every person in the UK,” to include EU nationals.

Theresa May is to say “It is my fierce determination to get the right deal for every single person in this country.”

“For, as we face the opportunities ahead of us on this momentous journey, our shared values, interests and ambitions can, and must, bring us together.”

“We all want to see a Britain that is stronger than it is today.”

“We all want a country that is fairer so that everyone has the chance to succeed.”

“We all want a nation that is safe and secure for our children and grandchildren.

“We all want to live in a truly global Britain that gets out and builds relationships with old friends and new allies around the world.”

“These are the ambitions of this Government’s plan for Britain.”

“Ambitions that unite us, so that we are no longer defined by the vote we cast, but by our determination to make a success of the result.”

“We are one great union of people and nations with a proud history and a bright future.”

“And, now that the decision has been made to leave the EU, it is time to come together.”

The next two years will see the Prime Minister negotiate Brexit terms with the EU’s remaining 27 EU counterparts.