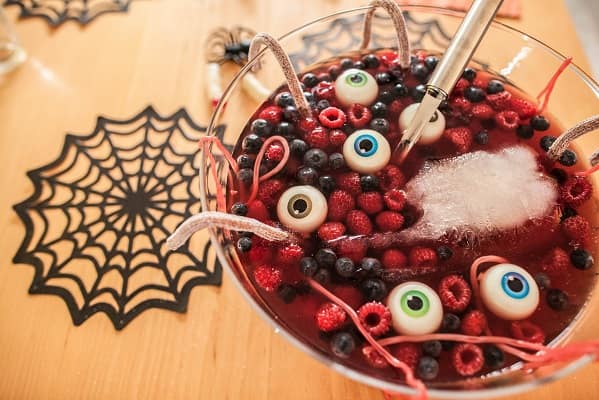 Halloween gets bigger every year and offices in London will no doubt be getting into the spirit for some ghostly fun with colleagues sharing a spooky tale or two.

Adrian Lewis, Director at Activ People HR says, “HR managers can often find themselves in a nightmare scenario at any time of year, as they are dealing with the unreliability of human behaviour and are usually the people employees turn to when things go wrong.

“To mark Halloween, we’re sharing some of the HR horror stories from HR professionals we speak to with some suggestions on how these might have been solved. This is just a bit of fun but there are some serious takeaways that could help HR teams in the future!”

Lost annual leave requests – One HR lost the spreadsheet containing annual leave requests for the entire company. This could easily happen and can be an absolute nightmare to resolve.  Worst case scenario it could be very costly with people taking too much annual leave by mistake. In this case, the HR manager had to rely on people’s honesty to let them know how much holiday they had and what had been approved going forward.

Adrian says, “One way to avoid this is to use cloud-based absence management software which includes holiday requests. This would enable employees to request holiday leave and managers to approve it in the system and the record to be kept centrally.  The business then has real-time visibility over every employee and because it’s all in the cloud, the data would be impossible to lose.”

Everyone on holiday… on the same day – Another HR manager came into an empty office one day and realised that too many leave requests had been approved for that day. Having no staff in resulted in a day of zero productivity which was extremely costly. The company in question relied on paper-based holiday request forms which meant this is something that could easily happen again.

Adrian says, “Moving to a cloud-based absence management system would avoid this completely because managers would be able to review all requests and see who already has leave planned. Clashes would be immediately flagged and an office would never have a day of lost productivity due to no staff being in.”

Pay problems – Another nightmare is something that can easily happen if staff are required to fill in and submit timesheets.  One HR manager recounted the time they received timesheets late for a whole team. They ended having to work very late into the evening chasing people to ensure they got paid. The company again relied on a paper-based system, where timesheets had to be handed in, but because some employees were now working remotely, they didn’t receive them.

Adrian says, “Using timesheet software avoids this scenario and makes it easy for employees to input their hours and prompts them to do so no matter where they are working. This enables HR managers to have instant access to real-time data on hours worked so that people can be paid accurately and on time.”

System overload – A HR manager recalled the time their annual spread sheet crashed right in the middle of an important report. Adrian says, “Another reason to use cloud-based software is because is there is always a record of important employee data at the touch of a button, from appraisals and timesheets to digital copies of important documents such as qualifications, passports and driving licences.”

High staff turnover – Finally, a HR nightmare that many are facing right now is high staff turnover and people leaving because of a lack of wellbeing support. As the war for talent hots up employers have to work harder to retain and recruit people.

Adrian says, “Companies that look after their staff will find it easier to keep them. Poor wellbeing often translates into rising absenteeism as people take more sick days to cope with any issues. Investing in absence management software can help by giving HR managers visibility over absence data which means they can spot trends and patterns, such as an employee regularly taking a Monday off or having a lot of time off.

“The system also prompts back to work interviews, so these are never forgotten and give managers the opportunity to have a one-on-one chat with someone. This is invaluable in looking after employee wellbeing and knowing when to offer support.

Adrian concludes, “If there are any HR professionals facing similar workplace nightmares the solution may be to jack in the paper-based processes and get on board with digital tools. Whilst Halloween is rooted in the past, there is no need for HR teams to be!”

Business leaders are uncertain how to maintain a strong company...

Inflation, layoffs and turnover: What employees were really talking about...