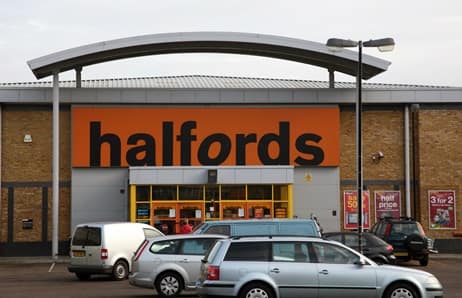 Just when it looked as if Halfords was turning a corner and leaving its problems in the rear-view mirror, along comes another bundle of issues which knock its earnings trajectory off track.

The key problems are weakness in cycling and consumer tyres along with a shortage of skilled technicians hurting its motor service.

The latter is a frustrating situation for the company. Demand for motoring services is very strong, but to not be able to capture all the potential business due to labour issues is frustrating.

AJ Bell’s Russ Mould said: “To Halfords’ credit, it already has an apprenticeship programme and last year opened this up to the over-50s to try and fill its skills gap. This aptly named ‘Retyrement Plan’ is aimed at bringing individuals back out of retirement and getting them trained up to help keep older vehicles on the road.

“The cycling market has slumped since a boom period in the early stages of the pandemic when people were desperate to buy any form of two-wheeled bike they could. Children’s bike sales continue to be resilient, but adult bike demand has suffered from the cost-of-living crisis where people are thinking twice about big-ticket items.

“It’s also the case that many people who bought bikes in the pandemic have now lost their desire to meander along the country’s roads and thus the second-hand market is awash with cut-price products.”