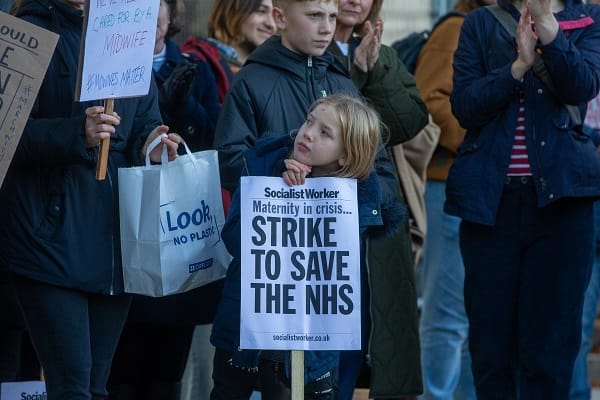 The Health Secretary has said on Monday morning that if they were to pay nurses a higher pay rise, then this would damage the huge NHS backlog of surgery.

Steve Barclay warned that to pay nurses the amount they are demanding will “take money away from patients waiting for operations.”

Speaking to BBC News, Barclay said it is “important we prioritise funding to patients to clear those operations backlog”.

“That’s what we did at the autumn statement and we also put extra money into social care.”

He added, “I don’t want to be taking money away from clearing the election backlog which is what we would have to do.

“We would have to take money away from patients waiting for operations to then find additional pay.”

Barclay has also come under fire from Labour on Monday morning as they have accused the Health Secretary of not wanting to meet with nursing unions.

Labour’s shadow health minister Liz Kendall said it is “unforgivable” that Barclay will not meet with nurses to discuss the pay dispute.

The RCN are calling for a pay rise of at least 17%, but James Cleverly said that independent pay bodies are apolitical and that “the government has accepted their recommendation fully” and a 19.2% rise will cost around £10 billion, and the Foreign Secretary said that “we have to be sensible with our expenditure.”

Speaking to Sky News, Kendall said, “We know already we’ve got seven million patients on the waiting list, 400,000 waiting more than a year – it’s not acceptable.

“So that’s why I think that Steve Barclay, the health secretary, should accept the offer from the RCN and Unison, this eleventh-hour offer – ‘we will pause the strikes’, they said, if you meet with us to discuss pay or if you don’t want to meet with us directly, go through the arbitration service, ACAS.

“I personally think it’s unforgivable that he isn’t meeting with them because they’ve said we will pause the strikes if you meet with us.