Home Business News Former MI6 spy warns Putin has sleeper agents in UK and ‘they could assassinate someone, if they needed to’ 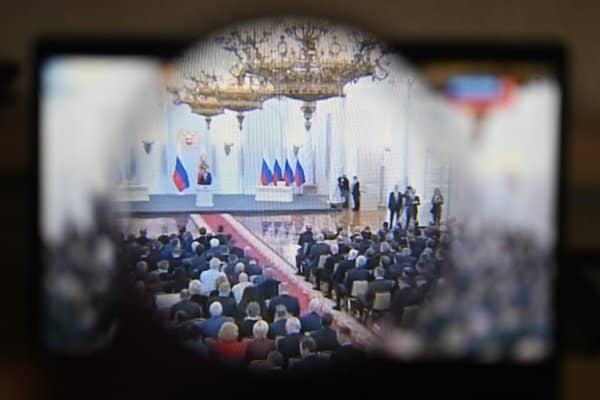 A former MI6 spy has revealed that Vladimir Putin has a network of sleeper agents operating in the UK and if ordered they will “assassinate someone.”

Julian Edwards  who is a former MI6 agent warned that Russia is very effective when it comes to spying in the UK.

Edwards said that the British security agencies “don’t know” how many Russian spies are operating in the UK.

This comes after Russian spies Sergey Skvortsov and his wife Elena Koulkova were arrested in Sweden over the weekend who had been hiding in plain site.

Professor Julian Richards, who spent nearly 20 years working for British intelligence and security told the Sun Online, “Either they’re very, very good at it, in which case there could be a lot of them out there that we just don’t know about.

“Theoretically they could assassinate someone, if they needed to. This is where the Skripal case is interesting and the Litvinenko case before it. It was the GRU – military intelligence – that was exposed as being involved.”

Russian spies operating in the UK are known as “illegals” who have lived in Britain for many years and work in industries such as defence and aviation.

Prof Richards said, “We know that the UK has always been a particular target for the Russians.

“They know that we’re potentially a very useful connection into the American intelligence system.”

“That was the logic of the Cambridge spies.

“That worked beautifully well because weren’t only an important intelligence player ourselves but we were also a very, very close intelligence ally, and that’s the potential – a sort of ‘back door’ into American intelligence.”

Former CIA case officer Robert Baer told The Sun Online that Russian “illegals” can be employed in a company for many years before becoming “operational.”

Baer said, “What you want with an illegal is someone not under surveillance.

“You can use them for spotting reports. That’s when you find someone like a Pentagon officer, or a State Department officer, and then you look at who seems interesting, who’s going into an interesting job, and you tell Moscow and maybe later on someone posted overseas will approach them.”

He added, “I think Putin’s fascinated with ‘illegals’ and it goes all the way back to the old days when they were so effective like the Cambridge Five – Rudolf Abel and people like that – they’re historical figures and I think Putin would like to recreate that.”