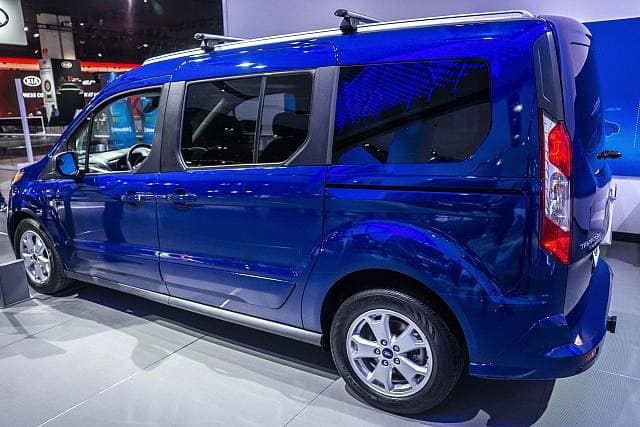 Here’s what you need know

Mark Fields CEO of Ford unveiled in 2016 that they are to double Ford’s Silicon Valley workforce and expand their facilities by 150,000 square feet by the end on 2016.

Field’s is promising autonomous vehicles for mass transit that is to SAE Level 4 standard of automation by 2021.

Fields joined Ford in 2014, since his start he has prioritised research and development for self-driving cars. Field’s ambition is that Ford will create autonomous vehicles for the next 100 years.

In short, this mean driverless vehicles that has no steering wheel or peddles and to be used in urban environments.

Dale Gillespie marketing manager at Ford Transit Direct a UK retail and fleet commercial vehicle operation said to LondonLovesBusiness: “Online buying with home delivery continues rise seemingly without end. Just months ago, it seemed the future of delivery was the use of airborne drones.”

Gillespie added: “However it is now clear the focus has yet again shifted to driverless vans due to airspace restrictions and a driverless Ford Transit as the number 1 van for the UK, will play a significant role.”

Chinese search engine company Baidu and Ford are both investing a combined $150m in Velodyne LiDAR, who are the makers of light detection and ranging technology for 3D digital imaging.

Ford’s CTO, Raj Nair said in a statement August 2016: “Ford has a long-standing relationship with Velodyne and our investment is a clear sign of our commitment to making autonomous vehicles available for consumers around the world.”

“We believe autonomous vehicles and the automation of the driver will be a significant change, perhaps as significant as the moving assembly line.”

However, Ford’s vehicles that will be used for personal use are to focus with more in-depth driver-assist functionality for those that want to still drive.

The UK government is consulting on changes to insurance rules along with new motoring regulations as they are keen to allow self-drive cars on Britain’s roads by 2020.

Nair has said that Ford’s driverless technology is looking at potential markets, car-sharing and the delivery services. The C-Max crossover and the Transit Connect with the larger Transit vans that are more used by small businesses could be the models within the production line although, Nair would not say.

Driverless vehicles will be more expensive than the normal cars or delivery vans however, Nair went on to say that “if you look at the business structure, the highest cost is the driver.”

He added: “So it makes a lot of business sense if you can automate the driver.”

Professor Dale Rogers of logistics and supply chain management at Arizona State University said: “One of the big problems with the trucking industry is a shortage of drivers,” an issue that Rogers said will worsen as “millennials don’t want to be drivers.”

Therefore, vehicles that are able to drive robotically “certainly would change the economics of transportation” said Yossi Sheffi director of the MIT Centre for Transport and Logistics.

But, the delivery driver is also about getting out of the vehicle, selecting the correct parcel to then deliver to a person’s door step.

Amazon, DHL and UPS are all researching the drone technology market in order to make these deliveries.

Workhorse Group based in Cincinnati who are a UPS vendor are looking into a delivery method that sees drones launching off the top of trucks to deliver parcels thus saving drivers time.

Katie Collins wrote in March this year for CNET how she watched in a Ford VR demo a drone fly from street level to her ‘fictional’ apartment 30 storeys high to deliver a ‘fictional’ parcel which was devised by Ford to demonstrate what life could look like in the city of the future.

The VR demo was at Ford’s stand at the Mobile World Congress and was based on the winning concepts that Ford calls autolivery.

Gillespie said that “Ford is 2016’s most popular brand with the Transit Custom, Transit, Transit Connect and Ranger all in the top 10 for unit sales,”

Analysts have said that Ford has set an ambitious time line to develop passenger cars along with fully autonomous delivery trucks. There will be delays looking into safety, insurance and cybersecurity hurdles.

Gillespie continued: “At Ford transit Direct we believe this will impact the current retail model and proactive digitally savvy dealer groups will take a larger share of the market from traditional brick and mortar operations.”