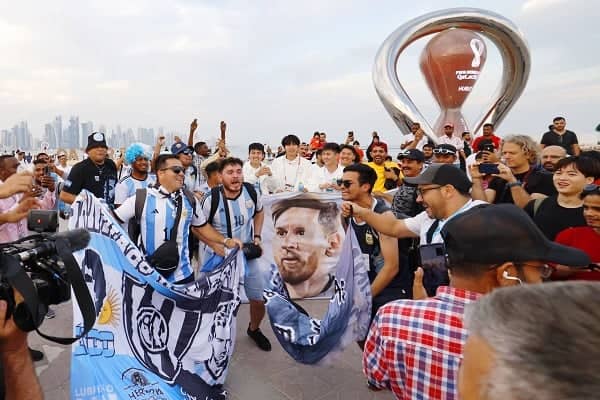 The FIFA World Cup is a tournament for the best football players in the world. Throughout its successful years, many players shined and remained in the hearts of many football fans thanks to their innate skill and talent.

Qatar 2022 not only promises to be the stage for a group of legendary and iconic athletes but also to be a platform for a new and exciting generation of football players. Since the World Cup is the most expected and most-watched football event of the year, bettors are excited to see their favourite players play. Many are also eager to bet on the event’s top stars using Bitcoin for a hassle-free betting experience.

With the beautiful country of Qatar hosting the Football World Cup this year, it’s expected that this will be one of the most successful World Cup events in history. To give you an idea if your top players made it to the lineup of the best players of the 2022 World Cup, here’s a list of the biggest stars of the event:

Everyone in the football industry is still struck in awe by Kylian Mbappe’s notable potential. The star player is skilled in dribbling and finishing. Mbappe also showcases immense strength and an explosive speed that earned him the title of one of the best players in the world.

Despite being one of the youngest football stars, Kylian Mbappe made impressive progress and achievements throughout his career as a pro football player. One of his biggest achievements was when he earned the 2018 FIFA World Cup Final which earned him the recognition of being the youngest player to ever score in the World Cup Final for France. Mbappe was also able to score two of France’s tournament-winning goals earning him the title of the event’s Best Young Player and France’s Player of the Year.

There’s not a single football fan who does not know the name, Lionel Messi. He is one of the top legendary football players in the world and is a six-time Ballon d’Or winner. Messi’s skills are not only limited to scoring goals. He is also a versatile player on the field and a team player who can easily read the situation on the field.

Messi has set a La Liga record with 193 assists and has tied with Thomas Muller for the team record of 21 assists in the 2019-2020 football season. With his record, Messi is considered one of the top assist producers in the competition’s history. It’s not surprising that he is one of the biggest and most skilled players in the 2022 World Cup.

Another legendary player, Ronaldo boasts an unparalleled level of fitness. He’s also been Manchester United’s top scorer four times. This record earned him the prestigious Golden Boot trophy and the best player in the world five times by winning the Ballon d’Or. Ronaldo won these awards more than any other European player securing a spot among the top players for the 2022 World Cup.

Kevin de Bruyne showcased an impeccable performance over the past seasons. He was named PFA Player of the Year after he led his team to another league Championship in 2021. Kevin de Bruyne is one of the top-skilled players who can pass through the needle’s eyes and can dribble effortlessly. He also played 214 games in the Premier League in 2015 and dished out an impressive 89 assists.

Neymar’s injuries have not hindered his career and play ever since he left FC Barcelona. He is one of the most recognized goalkeepers in the world and has never failed to contribute to the games whenever the chance arises.

One of his best achievements was when he scored 11 goals in the Brazilian Cup and earned the title of the tournament’s most valuable player. Neymar also led his country to a Confederations Cup title in 2013 and scored the game’s winning goal against Spain.

With Qatar hosting the Football World Cup this year, the 2022 World Cup is regarded to be the most expensive World Cup in history. With this, more fans are eager to watch and support the event and see who will emerge as the tournament’s winner.