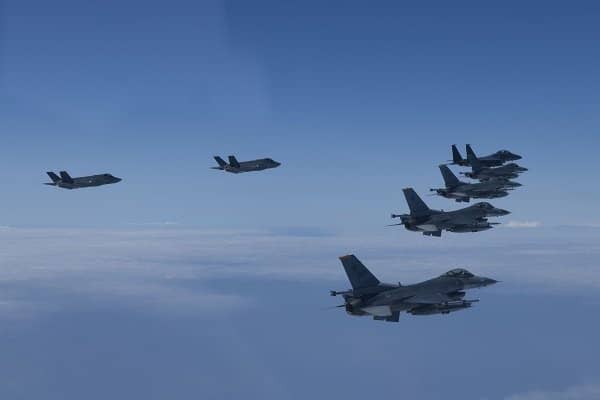 Following Finland and Sweden’s application to join NATO the two Nordic countries have conducted joint military training with the British RAF which comes as the Kremlin have increased their threats of war.

The RAF said, British fighter jets have conducted “high-end warfighting training” with the two Nordic countries following a serious of serious threats from Vladimir Putin who has warned them against joining NATO.

Swedish Defence Minister Peter Hultqvist said the joint exercises “strengthen our ability to operate together in response to a crisis in our neighbourhood.”

“This is particularly important in today’s challenging security environment.”

The British Defence Secretary Ben Wallace said, “Finland and Sweden are important defence partners and we welcome their applications to join NATO, which will make the alliance stronger as we face a renewed threat in Europe.

“These deployments highlight our determination to enhance that partnership and ensure our forces can work together seamlessly.”

In May Putin retaliated against Finland after they announced their intention to join NATO and Russia sent nuclear capable missiles to the Finnish border.

Speaking in Turkmenistan, the Russian President said last month, “With Sweden and Finland, we don’t have the problems that we have with Ukraine.

“They want to join NATO, go ahead.

“But they must understand there was no threat before, while now, if military contingents and infrastructure are deployed there, we will have to respond in kind and create the same threats for the territories from which threats towards us are created.”

Putin added, “We do not have such problems with Sweden and Finland that we have with Ukraine, fortunately.

“We have no territorial issues or disputes. We have nothing to worry about in terms of Sweden and Finland’s membership in NATO.

“They want it, after all. They only must clearly understand that there were no threats to them before.

“Now, if military contingents and infrastructure are deployed there, we will have to respond in a mirrored manner.”