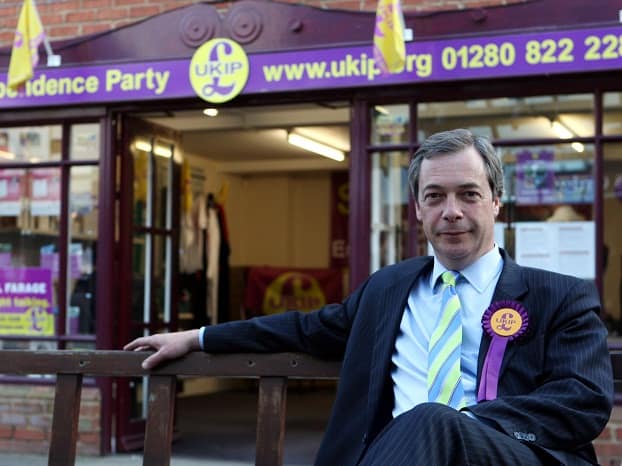 Farage cashes in on Brexit boost – here's how wealthy he is

How minted is Farage?

Nigel Farage, who quit as UKIP leader this week, has seen his wealth go up by 12 per cent following the pound plummeting after Britain’s voted to quit the EU.

The Leave campaigner, who is also a member of European Parliament, earns his €100,000 salary in euros which resulted in his wealth pile increasing.

Furthermore, he gets £40,000 as office allowance every year.

Back in 2014, Farage claimed he’s the “poorest man in politics” on his appearance on Channel 4’s Gogglebox programme.

He said: “I don’t think I know anybody in politics as poor as we are.”